Formula One star Charles Leclerc is only the fifth driver to represent Monaco in the sport. A former GP3 and Formula Two champion, he made his Formula One debut in 2018 with Ferrari. The following year he became the second-youngest driver to win an F1 pole position. He also became the youngest-ever winner of the Pole Trophy (awarded for the most pole positions in one season) denying none other than Lewis Hamilton, who had won the award for the previous four seasons—he was also the first non-Mercedes driver to win it.

Born in Monte Carlo in 1997, Leclerc began competitive karting at the age of eight. By the time he entered his teens, he had been named French Cadet Champion and won the Junior Monaco Kart Cup. In his first season racing single-seater cars, aged 17, he stormed the Formula Renault 2.0 Alps Championship, winning seven races, and was named that season’s Junior Champion. The following year, he graduated to Formula 3, taking two pole positions in his first weekend of racing. He then won the GP3 series (the official third division of Formula 1) in his first season and graduated to Formula 2, which he also won in his third season.

Clearly an immensely talented driver, Leclerc was signed by the Ferrari Driver Academy as a development driver. In 2018, he signed with Sauber and made his F1 debut. He quickly made an impression, becoming the first Monegasque driver to score F1 points in nearly 60 years. Just one year later, he was signed by Ferrari to fill the seat of legendary racer Kimi Raikkonen, signalling that he is destined to become one of Formula 1’s greats. 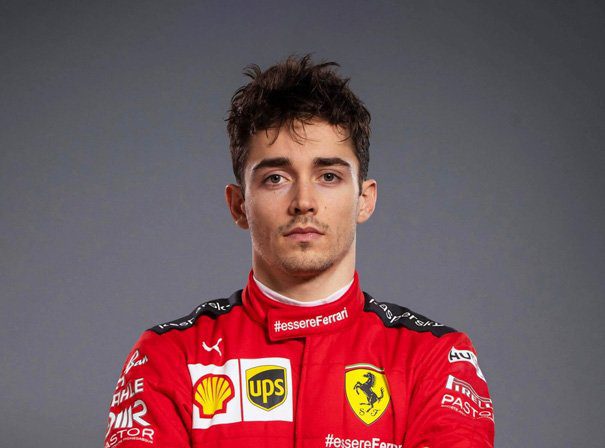