Colm O’Regan is an Irish comedian, writer and broadcaster, known for his sell-out stand-up shows and his extensive television and radio appearances. He is the presenter of the award-winning Colm O’Regan Wants A Word on RTÉ Radio 1, has written five bestselling books, and is a widely respected columnist and commentator.

On television, O’Regan’s credits include the Craig Doyle Show, the Lucy Kennedy Show, the Late Late Show, and The World Stands Up on Comedy Central. He regularly comments on and explores economic and business issues, and he is known for contributing regularly to radio shows including Business Daily, Newshour and World Business Report. He created A History of Capitalism in Four Short Videos for the BBC, and has contributed to Radio 5 Live and Radio 4’s the Today Programme, The World Tonight, and You and Yours.

O’Regan writes a weekly column in the Irish Examiner, and is the author of the hugely successful @irishmammies Twitter account, which has spawned three instalments of the Books of Irish Mammies. He is also the author of Bolloxology and his first novel, Ann Devine Ready for Her Close-Up, landed to critical praise in 2019. He previously served as a scriptwriter on RTÉ’s IFTA-winning The Only Viking In The Village, and has written a weekly radio column for the BBC World Service’s In The Balance.

Today, O’Regan is the resident MC at Dublin’s Inn Jokes comedy club, and hosts the Dublin Story Slam storytelling night. He has performed across the world from Japan to South Africa, and has taken his shows to festivals including Montreal’s Just For Laughs, Electric Picnic and Kilkenny Cat Laughs. Besides his stand-up shows, he is a popular MC and after-dinner comedian, regularly hosting awards ceremonies, moderating panel discussions, and hosting corporate communications days. 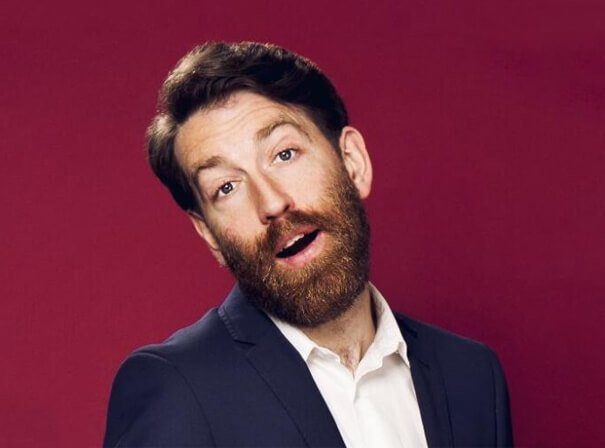