DJ KaySlay – also known as The Drama King – is an influential DJ and record executive who has contributed to the success of numerous hip-hop artists. Famously referred to as “Hip Hop’s One-Man Ministry of Insults” by The New York Times, he has released four studio albums over a career spanning nearly five decades. KaySlay rose to prominence after refereeing some of the most notorious MC battles in the 2000s, including 50 Cent versus JaRule and Jaz-Z versus Nas on his hugely successful Streetsweeper albums and on The Drama Hour, his Hot 97 radio show.

Born Keith Grayson in New York City, KaySlay was raised with his grandparents in Harlem. The iconic DJ began making a name as a graffiti artist under the tag name Dezzy Dez in the late 70s and early 80s, and featured in Style Wars, a 1983 hip hop documentary. As the graffiti movement declined at the end of the decade, Grayson ended up in jail after dealing with narcotics, but came back with a new drug-free life on his release in 1990.

By the early 2000s and with his life turned around, KaySlay became one of New York’s biggest DJs, with many of the top rappers from the city appearing on his mixtapes. He got his big break as part of the furore around Nas and Jay-Z’s ongoing bout, and from that point KaySlay became the first choice DJ for the latest battle raps. Columbia signed KaySlay and financed his Billboard Top Ten hit albums The Streetsweeper, Vol.1 and follow-up The Streetsweeper, Vol. 2.

The pioneering DJ has continued to issue mixtapes and albums into the 2020s, with the likes of Busta Rhymes, Lil Wayne and Kendrick Lamar all making guest appearances. 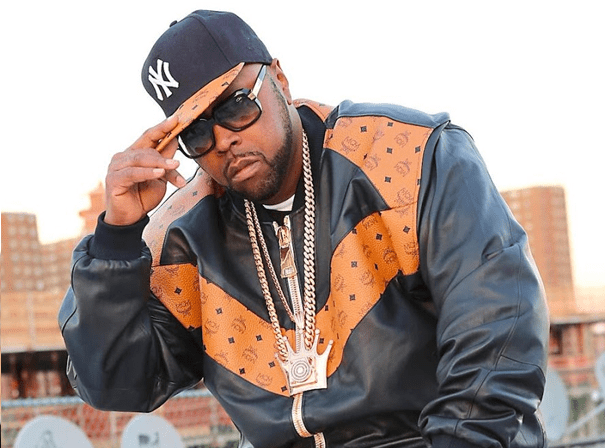