A formidable force in the South African rugby team and an equally intrinsic player for Toulon, Eben Etzebeth is a world-renowned number 4. Etzebeth to date has played for multiple teams, impressing them individually with his unrelenting talent and aggression – ploughing his way to one of the top Springbok players and a highly sought after club player.

Etzebeth was scouted fresh out of high school for The Stormers in 2012, in time for the Super Rugby season. Making 13 appearances in his first season, Etzebeth was off with a bang. The 2013 season saw a huge improvement for the new player, winning a team-record of 47 lineouts and 8 steals on opposing lineouts. In July 2015 Etzebeth briefly signed with NTT Docomo Red Hurricanes in the Japanese League, before transferring to his current position with Toulon in 2018. Etzebeth has also had a huge impact on international rugby, called up to the Springbok squad in 2012, not much sooner than his start on club rugby. The unruly number 4 has become a firm fixture of South Africa’s starting team – making more appearances internationally than for club rugby.

With immense strength and dedication to the sport, this player’s journey to glory was already mapped out. Also nominated as the 2013 IRB Player of the Year, Etzebeth is impressing all the right people with his uncompromising style of play. 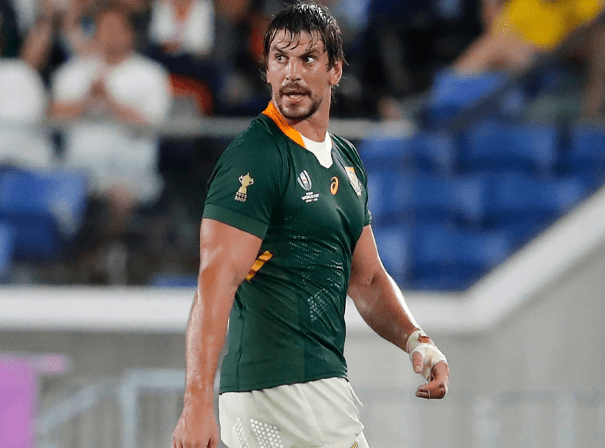