When American tennis star Frances Tiafoe won the 2018 Delray Beach Open just weeks after his 20th birthday, he became the youngest American to win an ATP Tour title since Andy Roddick some 16 years previously. Three years previously, aged 17, he’d become the youngest American to qualify for the main draw of the French Open for over 25 years. Two years before that, at 15, he’d become the youngest-ever winner of the Orange Bowl trophy. He has been a constant in the ATP Top 100 World Rankings since 2017 and has appeared in the quarter-finals of the Australian Open and twice made the fourth round of the US Open.

Tiafoe was born in Maryland in 1998 to parents who had fled the war in Sierra Leone just a few years earlier. Fate intervened when his dad was given an office to live in at the Junior Tennis Champions Centre in Maryland (which he had helped to build and was on-site custodian of). Tiafoe ended up living at the centre for 11 years, and taking advantage of access to such great facilities, began playing tennis when he was five years old. He went on to have a brilliant junior career that saw him peak at number two in the junior world rankings.

In 2018, he really began to break through with his Delray Beach Open title win and an appearance in the final of the Estoril Open in Portugal. In another age-related record, the latter game made him the youngest American to appear in a clay-court final for nearly 30 years. But youth isn’t everything, and as his recent results prove, Tiafoe is maturing into a major player. 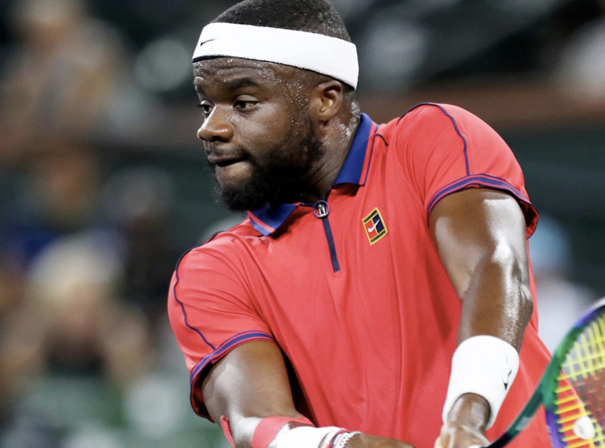