Hélène Couvert is one of the world’s leading pianists and has performed to audiences around the globe. Her recordings alongside cellist Henri Demarquette and flutist Juliette Hurel have received unanimous praise from critics and music fans, and she is one of only a select few pianists to have been invited in residence to the elite Théo Lieven International Piano Foundation based at Lake Como where she learnt from legendary pianists Andreas Staier, Leon Fleisher and Dimitri Bashkirov.

Born in Aulnay-sous-Bois, France, she was encouraged to start piano lessons when she was five years old by her parents. She was then taught by Dominque Lenert-Mercier until she began studying at the prestigious Conservatoire de Paris music college, where she unanimously won two first prizes in 1991 whilst learning under Marie-Françoise Bucquet and Jacques Rouvier. In 2000 she was asked to the La Folle Journée de Lisboa dedicated to Bach, and made her debut performance at the La Roque d’Anthéron Piano Festival, an event she has been invited to return to every year since.

Couvert plays regularly in her home country and around the globe, appearing at numerous French music festivals including Radio France, Piano en Valois, the Montpellier Festival and Piano aux Jacobins, and she has also toured Spain, Lithuania, Poland, the Netherlands and Hong Kong. As well as performing in over twenty concerts a year, Couvert teaches piano at the Courbevoie Conservatory. 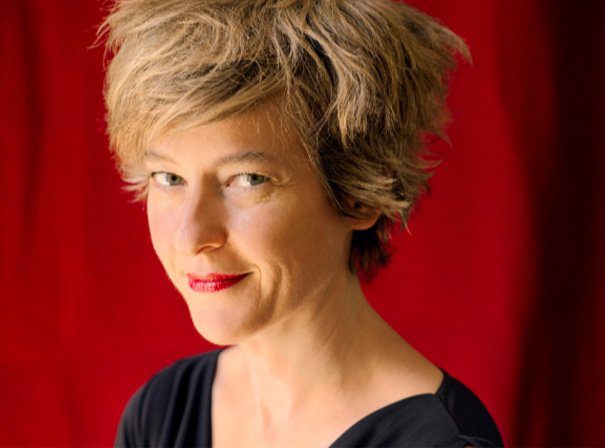