Herman Edwards is a former Football player and pro football analyst for ESPN and head coach at Arizona State University. An inspirational coach driven by family, faith and football, Edwards is famous for his game day terminology referred to by fans as “Herminisms”, many of which have been published in his own book. A member of the 1980 Eagle’s Super Bowl team, Edwards is also remembered for “The Miracle at the Meadowlands” – where he recovered a fumble by Giants Joe Pisarcik returning it for a 26-yard touchdown to win the game in the closing seconds.

Born in New Jersey, Edwards kicked off his playing career playing college football at the University of California in 1972. He went on to play for several college teams before graduating with a degree in criminal justice, and he helped to promote Monterey County Special Olympics before joining the Philadephia Eagles, where he played from 1977 to 1985 making a championship appearance in SuperBowl XV. After an impressive 135 consecutive season games for the Eagles, he joined the Los Angeles Rams and Atlanta Falcons before retiring from the game in 1986 and launching his coaching career.

Edwards landed the role of head coach of the New York Jets in 2001, and a year later spoke the famous soundbite at a Jets conference that has defined him ever since: “You PLAY to WIN the GAME”. His message became the title of his first book – an inspirational collection of motivational leadership lessons. After leaving the Jets, Edwards was hired by Kansas City Chiefs as head coach, then signed up as a pro football analyst for ESPN from 2009-2017. Edwards has returned to coaching as the head coach of the Arizona State football team, and recently enjoyed a successful 2019 season with the team. 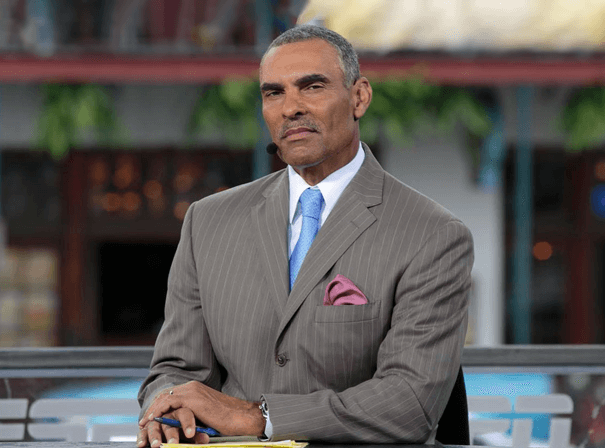