Ricky Bats grew up in the South Bronx district of New York City. Young Bats was inspired by older kids rapping in his area and wrote his first rap with the help of his brother Bang when he was thirteen years old. He made his debut mixtape “Bars Behind Bars: True Story No Gimmicks” over the phone with his cousin Truly UrzZz while incarcerated. Between Quad Studios in NYC, Stupid Genius Studio in MA, DBlock Studio in Yonkers, and his home studio, he’s recorded hundreds of songs since returning home. He released his mixtapes volume one and two “Bronx Born Prison Raised.” Bats has performed at Philadelphia’s Marston House, New York City’s BB King’s, Brooklyn’s Coco66, Staten Island’s Eve Ultra Lounge, Manhattan’s Pyramid Club, Mt. Vernon’s Sue’s Rendezvous, Kansas City’s The Riot Room, Denver’s Bar Red, Santa Fe’s The Underground, and Brockton’s Club Morabeza.

Hip Hop Weekly, Flex We Trust, 2 Dope Boyz, and SoRaspy.com are just a few of the publications that have highlighted him. Several of his videos have aired on Video City TV, Video Music Box, BET Jams, MTV, VH1, Music Choice, and Worldstar Hip Hop, among others. Bats was also included in the Freshman Edition of XXL magazine in 2015. Ricky Bats has built a devoted audience in the New York City area and beyond by releasing diverse and evolving songs with his Gotham City Boys group. He also has a recurring part on the Showtime original series “Escape at Dannemora” and has a radio show in Massachusetts. 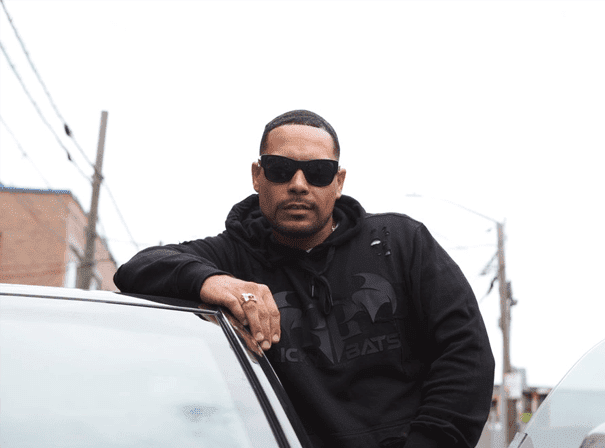