Roy Firestone is an American seven-time Emmy Award-winning and seven-time cable ACE Award-winning journalist, sports commentator and host. Highly regarded as one of the best ever sports interviewers, Firestone is the current host of Face to Face with Roy Firestone on HDNet, Time Out with Roy Firestone on AOL and recently interviewed celebrities including Andre Agassi, songwriter Dianne Warren and composer Burt Bacharach for Public Television’s LA Tonight. He is also a regular guest on Good Day L.A on KKTV in Los Angeles, and has appeared on Larry King Live, Super Dave Osborne, Late Show with David Letterman and Nightline.

Firestone has made appearances as himself in The Simpsons, Everybody Loves Raymond and the 1996 blockbuster movie Jerry Maguire alongside Cuba Gooding Jr, and lent his vocal talent to the Egghead, a cartoon character in Daffy Duck’s Quackbusters. He has interviewed over 5,000 athletes, actors, political figures and musicians during his glittering career, and is also a prolific writer who has penned two books: Don’t Make Me Cry, Roy and bestseller Up Close with Roy Firestone. Firestone is a talented musical vocalist and has just released his first CD, Another Voice.

Firestone’s career kicked off in Miami as a sports anchor and reporter before moving to Los Angeles, where he became a sports anchor for KCBS-TV from 1977 until 1985, and also hosted ESPN’s SportsLook from 1980 until 1994.

A sought-after live corporate performer, speaker and lecturer, he has shared the stage with top entertainers including Forrest Whitaker, Jon Bon Jovi and Josh Groban, appearing in over 2000 venues over two decades. 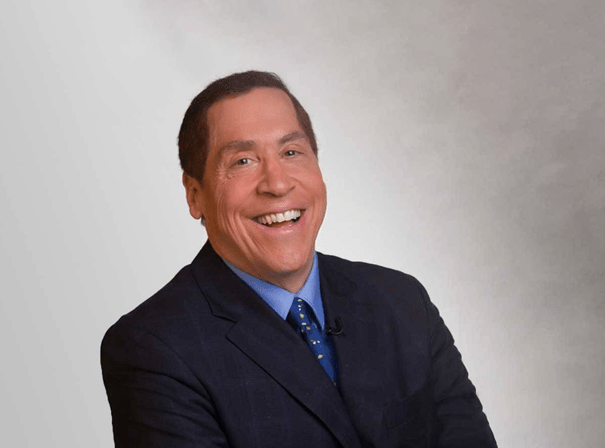