Broadway and television veteran Sara Ramirez has been challenging audiences for decades. Best known for playing orthopaedic surgeon Dr Callie Torres on ABC’s hit series Grey’s Anatomy, Ramirez thrives in subversive roles. Born and raised in Mazatlán, Mexico, Ramirez moved to the US at eight years old. From there, she would nurture a love of performing that would earn her a fine arts degree from the world-renowned Julliard School in New York City. Launching a highly successful stage career, Ramirez’s breakthrough role came with her portrayal of the Lady of the Lake in the Broadway original, Spamalot. From there, Ramirez would bring Dr Torres to life and become the longest-running LGBTQ character in US television history. Now a celebrated actress, singer-songwriter and activist, Ramirez is making waves in the industry.

An enchanting performer, Ramirez received two Tony Awards for her role in Spamalot – Best Performance by a Featured Actress in a Musical and Outstanding Featured Actress in a Musical. Bearing the torch on-screen, Ramirez garnered widespread acclaim for her tenure on Grey’s Anatomy. She earned a pivotal SAGA Award and several nominations across the board including an ALMA Award and NAACP Image Award. Later Ramirez would spark critical acclaim for portraying the bisexual, non-binary role of Kat Sandoval in Madam Secretary. Behind the scenes, Ramirez has done extensive work as a voice artist. Some of her credits include the video game UnJammer Lammy, voicing Queen Miranda in the animated series Sofia the First and Mama Calaca in Vampirina.

Beyond the screen, the Human Rights Campaign Foundation has recognised Ramirez’s campaigning efforts with an All for Equality Award. Ramirez is a leading voice for LGBTQ rights and has given extensive TED Talks on the matter. From there, Ramirez has produced the films Loserville and Out of Exile: Daniel’s Story, an Official Selection Sundance Film Festival and Lumiere Award nominee. She has also taken the executive producer seat on The Death and Life of Marsha P. Johnson, exploring LGBTQ civil rights. As Ramirez continues to actively campaign and give a voice to the silenced, she will be in the spotlight for years to come. 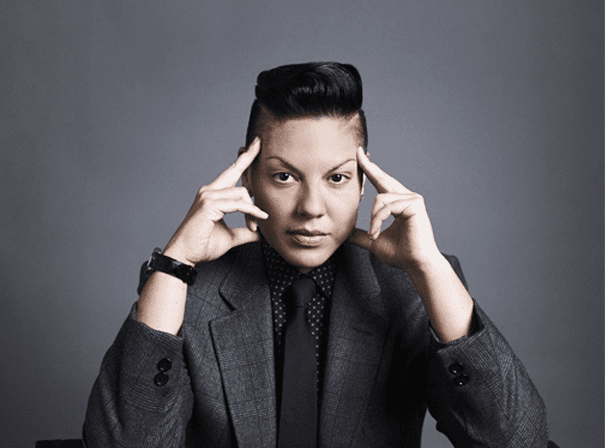