Paul Adelstein is an established Hollywood actor known for starring in a number of key TV shows and films since first appearing on American screens in the early nineties. Rising to prominence playing agent Paul Kellerman in hit US TV show Prison Break, he’s also portrayed a paediatrician in ABC medical drama Private Practice. Next to these central television roles, Adelstein can also be seen taking on vital supporting roles such as in films like Intolerable Cruelty and Memoirs of a Geisha.He has held a recurring spot in ABC’s Scandal as Leo Bergen while performing the role Jake Vocal in Bravo’s Girlfriends Guide to Divorce, with other credits such as the lead part in Fox’s I Feel Bad proving his versatility and range.

The Chicago-born actor began his career acting on stage, as part of theatre group Steppenwolf Theatre Company. His screen debut came in The Grifters in 1990, after which TV series such as Scrubs, ER and Cupid soon came calling. Next to his acting career, Adelstein sings and plays guitar in much-loved band Doris. Starting out in the nineties, the group has put out several successful albums, their music appearing in films such as Burn After Reading and The Missing Person.

Recent appearances in Hollywood films The Phenom and Mothers and Daughters have kept Paul Adelstein busy, while the leading role of David in critically acclaimed comedy series I Feel Bad ensures that he remains a consistent presence on American television. 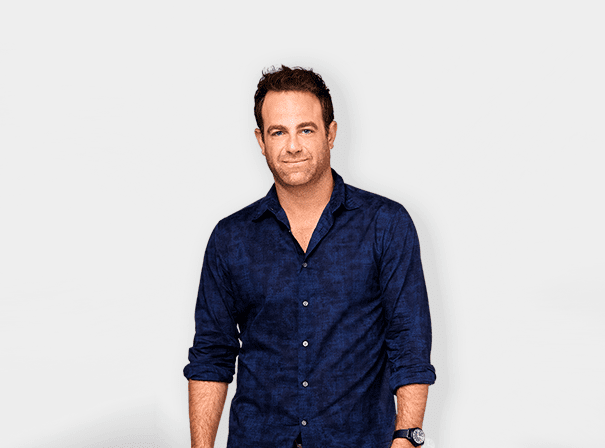