Aleksander Lesun can claim to be one, if not the best modern pentathlete in the world today. He is the reigning Olympic champion, having won gold at the 2016 games in Rio, he is a two-time world champion, two-time European champion, and World Cup final winner. This makes him one of the few modern athletes to have won the world’s four biggest pentathlons. That’s not a bad achievement for someone who started their athletic career as a swimmer.

Born in Belarus in 1988, Lesun began swimming at a very young age but soon branched out into the pentathlon. He began competing internationally in 2005, coming third in the European Youth Championships in Hungary. In 2009, he relocated to Russia, took dual-citizenship, and began competing for his new home country. In 2010, he competed in his first senior World Championships in China, taking the silver medal, a feat he repeated the following year. At the third attempt, in 2012, he won gold. That same year, he competed in his first Olympics, coming fourth and narrowly missing out on bronze. In the intervening years between Olympics, similar results followed: countless medals in major tournaments, and in 2014, his first European Championships and World Cup final victories.

In 2016, Lesun championed at the Olympics, the height of any athlete’s career. In the fencing event, he set a new Olympic record. There are still opportunities for him to qualify for the delayed Tokyo Olympics, meaning there’s still scope for Lesun to add another medal to his already amazing haul. 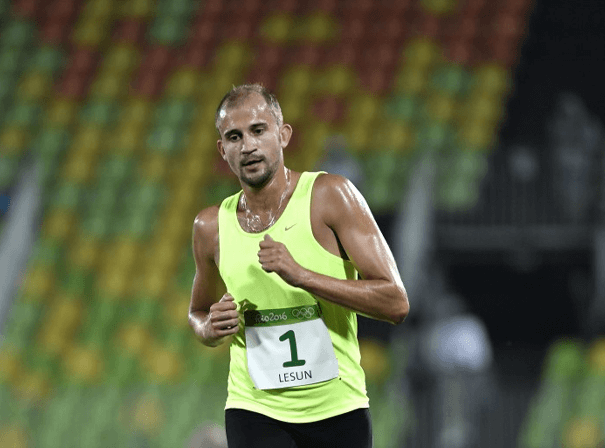