Imogen Thomas is a well-known and immediately recognisable British model and celebrity personality who adds real star value to any public event, TV show or product launch. Imogen was born in Wales in 1982 and soon rose to fame in 2003 after winning Miss Wales. She defeated a former celebrity TV foe in Rachael Rice to do so and aged just 17 moved to the English capital to pursue her career in modelling. Imogen worked in various bars to help support herself and later became a glamour model after competing in China in Miss World. The model and beauty queen then appeared on the cult Channel 4 reality show Big Brother in 2006.
This propelled her into the limelight yet further and saw her booked for many a TV show since. She was evicted from the long running show on day 86 with 62% of the public vote and has since been a part of many spin off shows, including Big Brother’s Little Brother, Big Brother’s Big Mouth and has also gone on to present a number of shows on Channel Four’s sister channel, T4. An alleged extramarital affair with celebrated Welsh Man United footballer Ryan Giggs brought lots more attention on the former Miss Wales as well as a controversial gagging order in the UK. Imogen now has two young children and an Australian partner and is available for a wide range of brand ambassador roles, TV work and radio shows as well as for event openings and more besides. 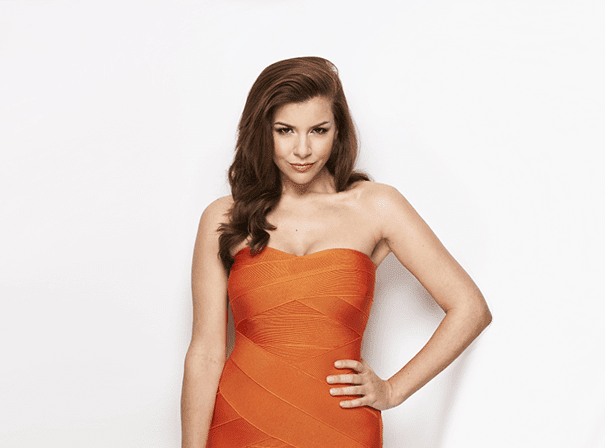