Few contemporary classical clarinetists have come close to the dizzying achievements of Andrew Simon throughout his three-decade career. A graduate of the prestigious Juilliard School in Manhattan, New York, Simon has fervently pursued perfection in his craft and brought his flawless technical ability to countless audiences in every corner of the globe.

Currently the principal clarinetist of the Hong Kong Philharmonic Orchestra, Simon has demonstrated a talent for breaking records in classical music. Not only did Simon bring the premier performances of the original unpublished 1948 version of Copland’s Clarinet Concerto to spellbound audiences in Asia and Australia, but he also became the first US-born musician to perform in North Korea. Simon’s regular contributions to classical orchestral music have been no less groundbreaking, acting as a guest principal clarinetist for the Royal Scottish National, Scottish Chamber, Mainly Mozart and Malaysian Philharmonic Orchestras while releasing two recital CDs, 1998’s HOT and 2013’s Ebony & Ivory, both receiving critical acclaim for truly top-class performances.

When not performing, Simon dedicates his time to teaching and inspiring future generations of musicians, through articles, faculty work at various Hong Kong universities and packed lectures at global institutions like the Royal College of Music, Sydney Conservatorium and Yale. With a life devoted to woodwind excellence, Andrew Simon has earned a place in the history books and established himself as a classical pioneer of the contemporary era. 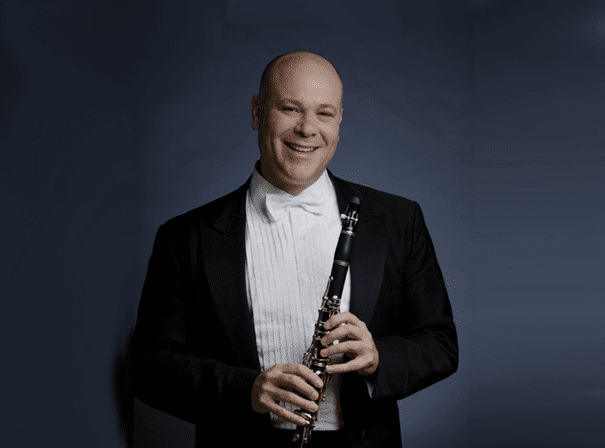