Hailing from Broward County, Florida, Anonymuz has been illuminating the dark side of the sunshine state since 2012. His debut album, Vice City, dropped in 2016, but it was his 2017 EP, the anime-inspired Urameshi that cemented him as a formidable force in US hip-hop. Fast forward to March 2019 and his latest album titled, There is No Threat is the unlikely success story that few hip-hop fans could have predicted.

Broward County is fast becoming a new hotbed of southern hip-hop and trap music. Competition is fierce and getting noticed takes hard graft and a strong sense of identity. Anonymuz had plenty of the former but little of the latter, until he discovered his lack of self-identity was the very thing that set him apart from his peers: and like that, Anonymuz was born. Critics liken Anonymuz’s sound to fellow Floridian Denzel Curry, who incidentally makes a guest appearance on the banger ‘No Threat’. However, one listen to the 2019 LP There is No Threat proves that Anonymuz is genuinely in a league of his own, and unafraid to borrow from other styles to get his point across. Stand out track ‘Primal’ sees Anonymuz spitting venom over a four-on-the-floor eerie techno cut that wouldn’t sound out of place in a Ben Klock set; before breaking down into a collage of abrasive noise and distorted beats that confirm his status as one of contemporary hip-hop’s most daring experimentalists.

Never one to rest on his laurels and fresh from asold-out nationwide tour, Anonymuz is currently focusing his attention onproducing his own beats in his home studio, helping to usher in an exciting newera of post-apocalyptic hip hop. 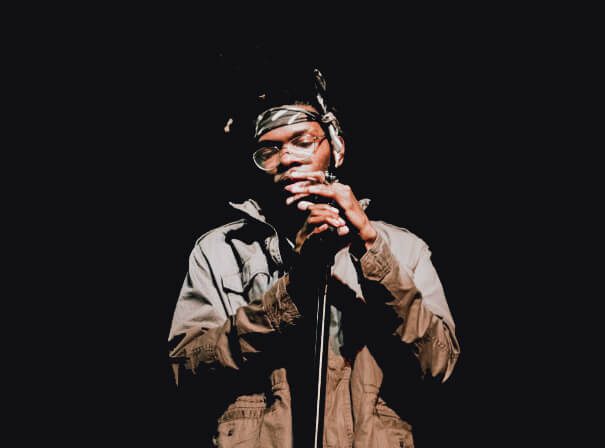