Dirty Heads are a five-piece group from Orange County, CA, founded in 2006. The group consists of members Jared “Dirty J” Watson on vocals, Dustin “Dusty B” Bushnell on vocals and guitar, Jon Olazabal on percussion, Matt Ochoa on drums, and David Foral on bass. With influences such as Sublime and the Black Keys, their unique sound blends alternative, hip-hop, reggae, and rock into a truly unique combination that’s earned them a devoted and global fanbase.

In 2008, Dirty Heads released their debut full-length album, Any Port in Storm. This album produced the hit single ‘Lay Me Down’, landing the No 1 spot on Billboard’s alternative chart for 11 consecutive and earning gold certification from the RIAA. Their album, Sound of Change, found great success in 2014, reaching the No 1 spot on Alternative Albums, No 2 on Billboard’s Top Rock Albums, and No 8 on Billboard’s 200. Dirty Heads are a hugely popular live act around the world: their engaging performances have led to many sold-out venues including a memorable show performing to 8,500 in Costa Mensa, CA.

In 2017, Dirty Heads returned to the studio and found themselves writing songs with no expectations and room for experimentation. They hand-picked a team of producers to help foster their creativity: this led to the inception of their sixth album, SWIM TEAM, a critical and commercial success which has further established their reputation as one of America’s most influential reggae-rock bands. 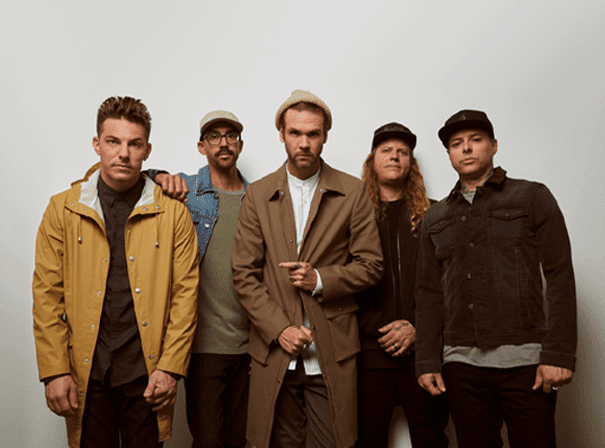