Prolific singer-songwriter and multi-instrumentalist Gabriel Garzón-Montano infuses silky R&B performance with contemporary urbano swagger. Renowned for his ability to explore his own artistic identity, Garzón-Montano stands out for his ambitious authenticity. His outstanding album, Agüita propelled his career into the stratosphere with his “three-dimensional self-portrait that examines the origins of his sense of self.” Born and raised in Brooklyn, New York, Garzón-Montano is the son of a Columbian father and a French mother. His stunning debut Bishouné: Alma del Huila launched Garzón-Montano’s meteoric career. Now one of the most groundbreaking artists to emerge out of NYC, Garzón-Montano is one to watch.

Since his breakthrough moment, Garzón-Montano has spent much of the past decade crafting his signature sound. He explores distinct textures of sound that range from tender sweetness to a blazing soundscape of luscious dampened drums and harmonic strings. From the sorrowful melody of “Moonless” to the emotional vulnerability of “Fields,” Garzón-Montano stands out for his honest creativity. With his debut EP and two full-length studio albums under his belt, Jardin and the more recent Agüita, have set him apart with his anti-genre sounds. Embracing reggaeton, art rock, and trap through to post-punk, electronica and folk, Garzón-Montano is creating something that transcends your typical performer.

Over the years, Garzón-Montano has performed several showcases at SXSW, KCRW-Los Angeles and has played at Mexico’s renowned Tropica Festival in front of thousands of fans. With his arthouse inspired music videos like “Someone,” Garzón-Montano’s unique and experimental work is a breath of bresh air. As Garzón-Montano continues to subvert the norm and challenge societal expectations and tropes throughout his work, you can expect great things to come. 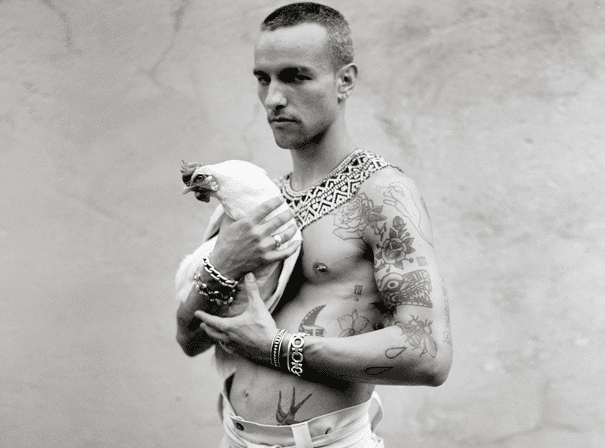