Singer, songwriter and guitarist Malina Moye is earning worldwide acclaim with her unique blend of rock, soul and funk and her distinctive personal style. Known for her left-handed upside-down technique, she is a Billboard Blues chart-topper, and has played some of the world’s biggest stages and hottest events.

Moye came to prominence in 2007 with the release of the single Girlfriend, which climbed the Billboard R&B/Hip-Hop charts, and was followed by the Top 10 hit Alone and her debut album Diamonds & Guitars. In the years since, her star has climbed ever higher, and her third album, 2018’s Bad As I Wanna Be, hit the No. 1 spot in the Billboard Blues Chart. She is a favourite at festivals, having played the main stage at Bospop, headlined Artists for Peace, and twice performed at the Rock and Roll Hall of Fame. She has opened on tour for artists including Boyz II Men and Robin Thicke, was selected to perform at Goodwood Festival of Speed to commemorate Queen Elizabeth’s Diamond Jubilee, and was the first African-American woman to play the national anthem at a professional sporting event.

Moye has appeared on television across the world including Emeril Live, Weekends at the DL, RTL Late Night, and the documentary Stratmaster: The Greatest Guitar Story Ever Told, and made her film acting debut in The Samuel Project. She is a dedicated humanitarian, having served as an ambassador for The Prince’s trust, and co-founding the non-profit DriveHope.org. 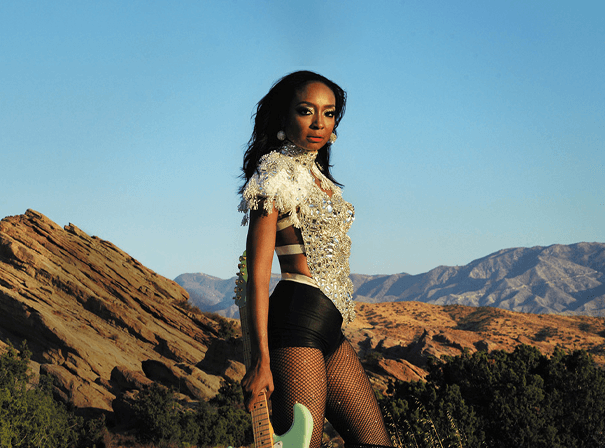