Few people are as hotly tipped as Next Stop Mars right now. The exciting UK pop-rock band made up of Shanel Jemel, Denis Jemel, Dan Kerridge and John Wilson are rising up through the ranks, picking up praise at every turn. They are inspired by the likes of Linkin Park and Blink 182, Michael Jackson and J-Lo and are just off the back of supporting Chris Bourne’s sold our Identity Tour. They count the likes of George Shelley from Union J as big fans and have really made a great impact in the live area as well as with their recorded material. Now taking bookings for their own shows, they have previously played with Cher Lloyd, Union J and The Saturdays and their debut release ‘History’ has hit the chats and won the group many more fans.
Other big hits in their arsenal include ‘Always’, ‘Bad Bitch’ and a cover of ‘Cake By The Ocean’, all of which prove they have great vocals, big pop licks and plenty of sing-along grooves that appeal to a broad audience. Originally formed in 2010, this pop-rock outfit have a modern sound that has been produced in the same studio that helped to make Busted and McFly such big hitters. Tipped to be “the UK’s hottest new band” by James Bourne from Busted, Next Stop Mars have their sights set on matching, if not topping their predecessors with their unique and dynamic sound. As such, there has never been a better time to have this exciting young band play your event, TV show or festival. 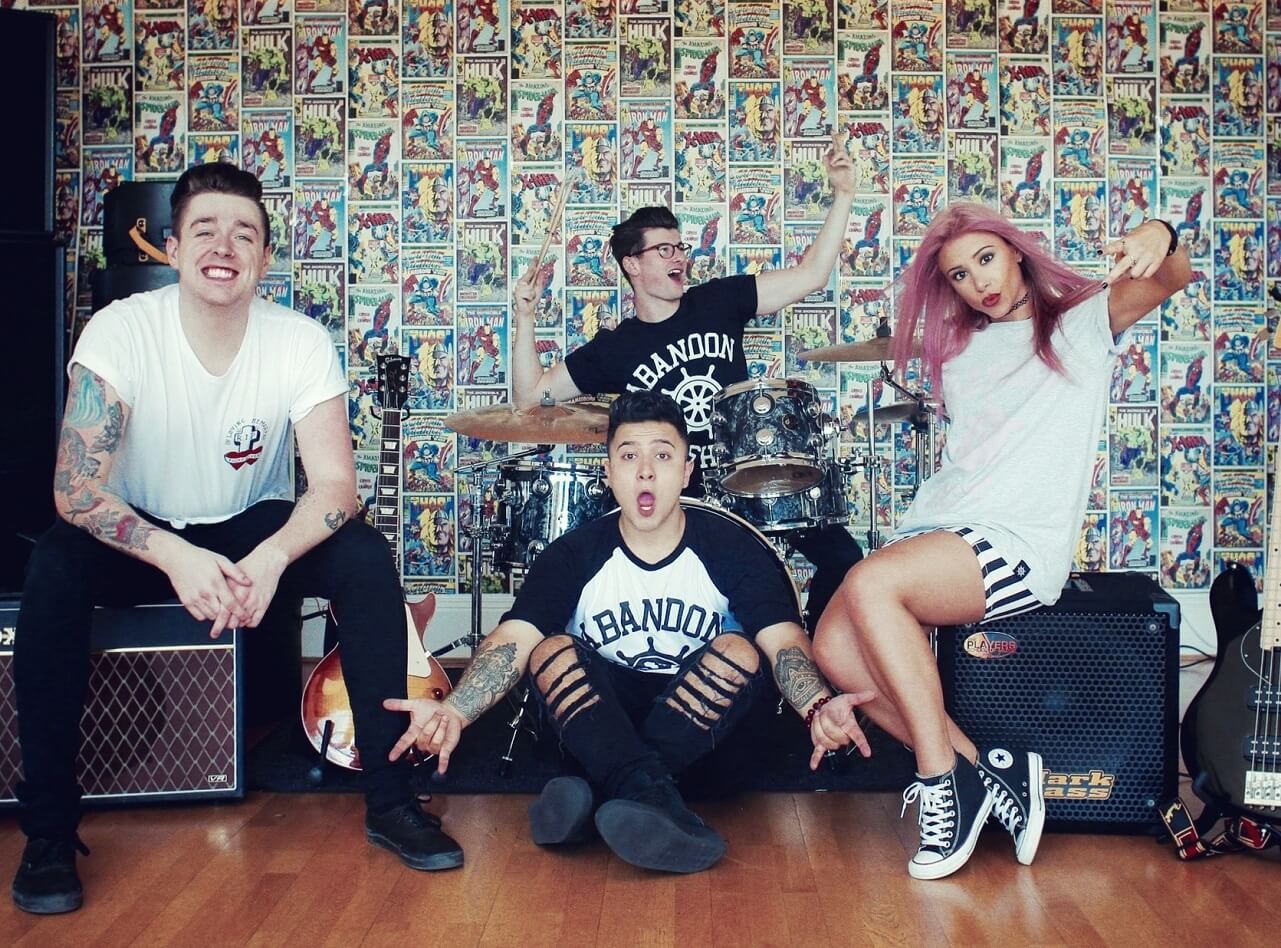