Named after an American horror film, Fangoria are an electronic pop outfit from Spain. The group consists of two members: founder and lead vocalist Alaska and Nacho Canut on keys.

The first incarnation of this band was put together in 1977, which included both members of Fangoria, as well as Carlos Berlanga, a composer and artist from Madrid. By 1982, they named themselves Alaska y Dinarama and became influential in the counterculture movement, La Movida Madrileña. This hedonistic movement came as a reaction to the economic growth of Spain and helped establish a new national identity. Their most successful track during this time was ‘Ni Tú Ni Nadie’, which made the Spanish rounds of the Eurovision Song Contest in 1985.

By 1989, Berlanga parted ways with the band and Fangoria was born. Since then, the duo have sold one million records worldwide. Some of their biggest hits including ‘No sé qué me das’, ‘Retorciendo palabras’, ‘Ni tú ni nadie’ and ‘Dramas y comedias’. Citing inspiration from punk and pop artists like The Pet Shop Boys, Ramones, David Bowie and Michael Jackson, Fangoria are still a highly respected act on the Spanish music scene.

Their enthralling live performances boast an impressive back catalogue of music, which continues to fill venues and dazzle crowds. 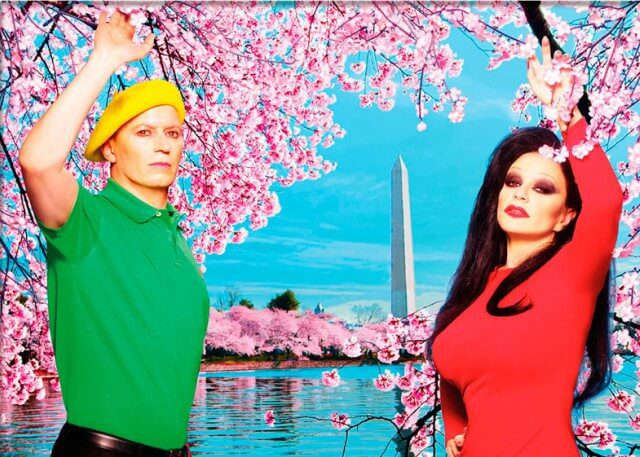