Austin Agustín Santos – better known as Arcángel – is an American singer and composer well-known as one half of reggaeton act Arcángel & De La Ghetto, an act that enjoyed success with electrifying hits including Mi Fanatica and Más Que Ayer.

Arcángel has also enjoyed phenomenal solo success, working with an array of producers and performers on classic compilation albums, most notably Flow la Discoteka 2 with legendary reggaeton producer DJ Nelson, which spawned ‘Chica Virtual’, one of his best-known tracks and a huge chart success. His collaborations in recent years have seen his career hit stratospheric heights, and he joined forces with Bad Bunny, Dj Luian and Mambo Kingz on banger Tu No Vive Asi , a track which has surpassed over 900 million views on YouTube.

Born in New York to Dominican parents, Arcángel grew up in Puerto Rico, and drew inspiration from all kinds of music including rock before embracing reggaeton in the early 2000s. He formed Arcángel & De La Ghetto, an underground reggaeton act who was swiftly signed to the legendary Zion’s record label, Baby Music. The duo got their big break when their smash hit track Ven y Pegate was featured on the reggaeton compilation album Sangre Nueva.

In 2006, Arcángel announced he was launching his solo career and founding his own label, and releasing the smash hit Chica Virtual. An internet leak of his album Flow la Discoteka 2 worked in his favour when several of the tracks, most notably ‘Pa’ Que la Pases Bien’, became airplay favourites on several American Latin Urban radio stations across America, helping his popularity soar.

Arcángel has continued to be immensely popular amongst reggaeton fans around the globe ever since, and his fans are eagerly anticipating his next studio album, Sentimiento, Elegancia y Maldad. 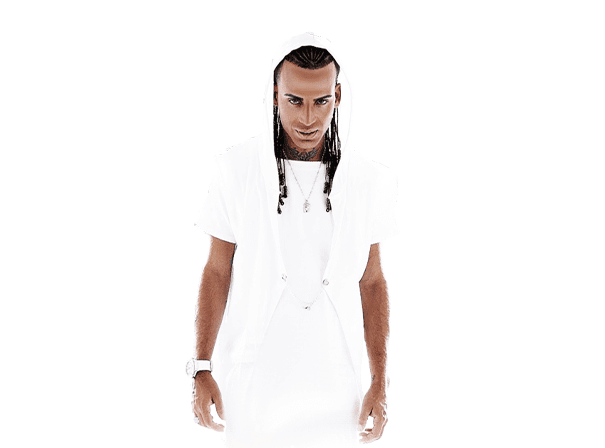