Big Brovaz are an acclaimed RnB group from London. Members include Cherise, Nadia, J-Rock and Randy. The band hit the ground running quickly clocking up plenty of fans and playing tours around Europe with the group’s biggest single ‘Nu Flow’, becoming a huge hit all around Europe making the top 3 in the UK while remaining in the top 75 for four months. With the ‘Nu Flow’ music video garnering millions of views still, years after it’s release.

A debut album followed and was met with rave reviews. Further singles like ‘OK’ and ‘Baby Boy’ continued to win the band many fans. The Big Brovaz – Watching You compilation was a highly successful underground release and sold over two thousand copies.

All individual members had real talent and that often shined through in their live performances. Affording the group the right to play alongside Pop Legends such as Peter Andre, Five, S Club and Vengaboys over the years. In their time the group has picked up many awards collective and as solo artists. Cherise won MOBO best-unsigned artist in 2000, the Nu Flow album went Platinum and Big Brovaz were MOBO’s Best British Act and Best New Comer in 2003. The various members also have other projects including Booty Luv (Cherise & Nadia) Party Dark (J-Rock & Randy). 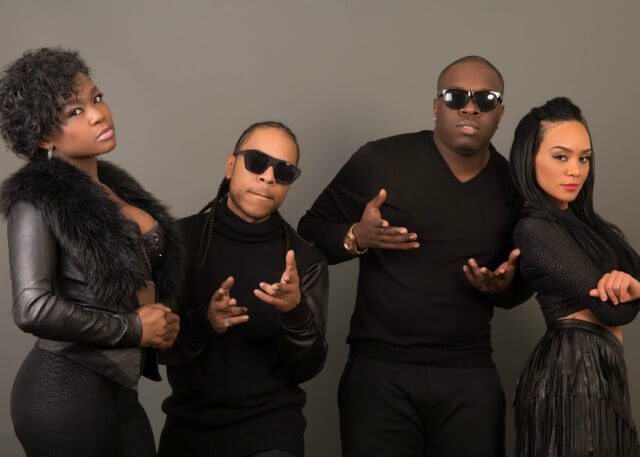