Across a career that stretches 25 years, Brooklyn Funk Essentials have established themselves as an audacious project fusing hip hop, spoken word, jazz and, of course, funk. Exercising a more patient approach to album releases than many artists of their kind, the Essentials have made a name for themselves as absolutely electric performers, exhilarating their loyal and adoring fanbase with performances across every continent.

Established in the early ‘90s, the Essentials were regulars of New York’s vibrant club scene by the time their debut LP, Cool & Steady & Easy, hit the shelves. Released on pioneering funk and disco taste-makers RCA Records and combining classic funk’s raw, mind-bending basslines, peak-era disco’s euphoric vocals and early hip-hop’s observational lyricism, the album was an immediate hit in the US and elsewhere, securing a No 1 spot on Billboard’s R&B Album of the Year chart in 1995. Having conquered the funk sound, the band then made a lateral move that demonstrated their versatility, collaborating with Turko-Roman musicians, notably clarinetist Hüsnü Şenlendirici, on the 1998 follow-up album In The Buzzbag. The project injected complex Turkish rhythms and instrumentation into the Essentials’ already expansive sound palette, earning them a US Grammy nomination in the process.

Two more classically funk-inspired albums later, including 2015’s phenomenally well-executed Funk Ain’t Ova, the Essentials continue to demonstrate their unquestionable songwriting talent, setting dancefloors alight with Where the Love Lives, and subsequently cooling things down with the irresistibly sultry groove of No Strings, both released in 2018. Even working with a genre now more than a half century old, the Essentials are living proof that there’s plenty of room for creativity and innovation within the classic funk framework. 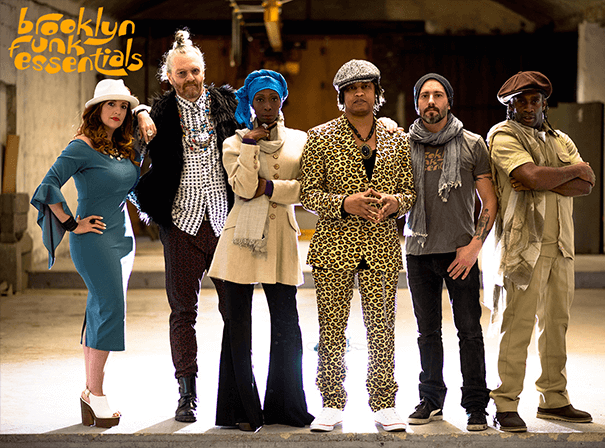