Exo-SC is the K-pop duo of Chanyeol and Sehun, formed by SM Entertainment in 2019 as the second official sub-unit of chart-topping K-pop boy band Exo. Exo-SC released their highly anticipated debut mini album What a Life on July 22, 2019.The six-track EP includes the trap-laded title track ‘What a Life’ and the song ‘Just Us 2’ featuring Gaeko from South Korean hip-hop band Dynamic Duo. The video for ‘What a Life’ – featuring Chanyeol and Sehun enjoying a lavish lifestyle and parties – has now amassed over 22 million views on YouTube.

Sehun was scouted at the age of 12 by an SM Entertainment casting agent. He became the fifth member of Exo to be introduced to the public, and he has also acted in several films and dramas including the Korean-Chinese film Catman. Songwriter Chanyeol was the final member of Exo to be officially introduced to the public, and is also known for his acting and television roles including reality show Law of the Jungle, which he composed and recorded a soundtrack for. He wrote several raps for Exo, including the Korean version of the song ‘Run’ from Overdose. The duo enjoyed incredible success with Exo, the band becoming the best-selling Korean artist for over a decade and receiving countless awards including five consecutive Album of the Year awards at Mnet Asian Music Awards.

Before their official sub-unit debut, Sehun and Chanyeol’s first collaboration was on the single ‘We Young’, released as part of the SM STATION X 0 project by SM Entertainment, and they performed the song on Exo’s Planet 4 – The Elyxion concert tour. Exo-SC were officially debuted as Exo’s first duo and second sub-unit in July 2019, and they received their first music show win eleven days after their debut on KBS’s Music Bank. 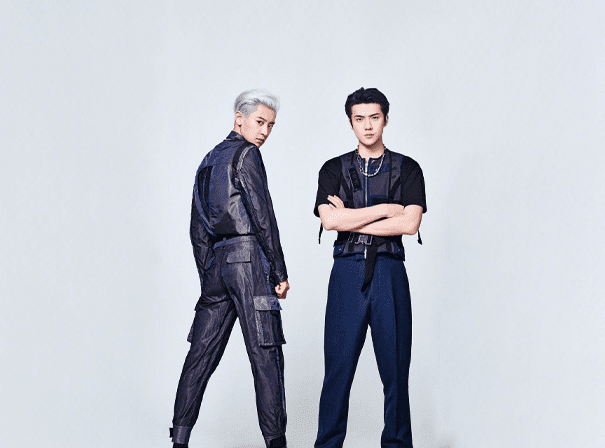