Rapper and singer Jucee Froot has exploded onto the scene with her no-holds-barred lyrics, powerful beats, and unique brand of Southern hip-hop and trap. A popular figure on social media, Jucee Froot has hundreds of thousands of subscribers and followers across YouTube, Instagram and Facebook, where she shares her music, freestyles and videos. She is signed to Loyal 100 Entertainment, and is known for her viral tracks including F*cked Up and Shake Dat Ass.

Hailing from Memphis, Jucee Froot first came to the attention of industry insiders after performing a freestyle rap over K Camp’s Damn Right, which quickly racked up millions of views online. In the years since, she has released the albums Schizophrenic Flow, King of Memphis and Sextape, and has become known for singles including Life’s a Bitch and Live On. She has collaborated with several of hip-hop’s hottest artists, including with Mikey Dollaz on tracks such as Opp Or A Fan, I Gotta and Shawna’s No Regular.

In March 2020, Jucee Froot released new album Black Sheep, which included a version of her track Psycho remixed by fellow emcee Rico Nasty, and collaborations with A Boogie Wit da Hoodie, Juicy J and Kevo Muney. The same year, her track Danger was included on the soundtrack for the DC Comics blockbuster Birds of Prey (and the Fantabulous Emancipation of One Harley Quinn), starring Margot Robbie. The film’s soundtrack also featured contributions from Halsey, Doja Cat and Megan Thee Stallion, and debuted in the Top 25 of the Billboard 200. 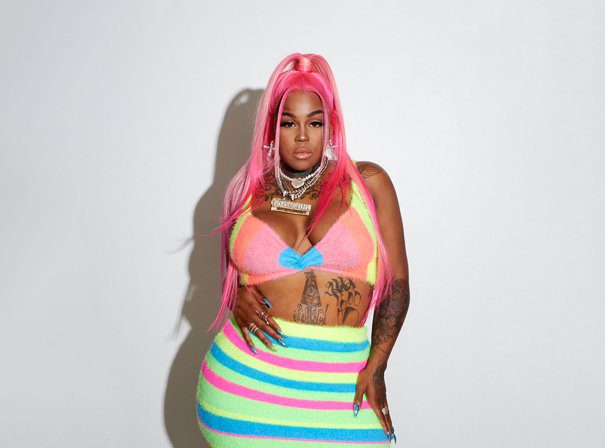