Lauren Rose is a talented young vocalist who is set for major recognition and accolades in 2010. Based in London, Lauren’s vocal talents shone through from an early age at the Italia Conti Performing Arts School and she is now firmly established on the scene as a bright young star.

From her eye-catching early performances, Lauren made the natural move to the recording studio. While recording her first demo, she was noticed by Ryan Laubascher who quickly began the production of her first album.  Lauren has since recorded songs that have received national press attention. ‘Hava Nagila (Baby Let’s Dance)’ – a cover of a traditional Jewish song and originally recorded as a present for a family member – picked up both radio and television support was signed to Marble Hill Productions and has since received over 850,000 hits on YouTube.

Throughout 2009 Lauren worked closely with Hed Kandi for whom she has recorded tracks with No Halo (‘Put Your Hands On’ and ‘What Is This Feeling’) and Warren Clarke (‘I’m Over This’) under his Jonni Black alias. ‘Put Your Hands On’ – a re-edit of the classic house cut ‘Sunday Shoutin’ by Johnny Corporate – immediately stormed the dance charts upon its release in summer 2009 and received radio support from Pete Tong  (Radio 1), KISS FM and Capital FM. It has also featured on a number on high profile compilations such as ‘Ministry Of Sound – Decade In Dance’. Both ‘What Is This Feeling’ and ‘I’m Over This’ are set for release in 2010 and have recently featured on the latest Hed Kandi (‘A Taste Of Kandi – Winter 2010’) compilation. Lauren is currently working on new material with The Jinks and Nathan C.

In addition to her studio work, Lauren is also an experienced performer. Despite her young age she has already toured extensively throughout Europe and the U.S. She has completed a 6 week, 30 date UK tour alongside X-Factor star Ray Quinn while her  killer performances of ‘Put Your Hands On’ have recently rocked clubs from Singapore to the Dominion Republic. Lauren has also recently performed at Pacha (London) and also raised the roof for Hed Kandi at their infamous summer residency at Space (Ibiza).

Now signed exclusively to MN2S, Lauren Rosse is a hot young starlet who will certainly be going places in 2010. Check her out now!! 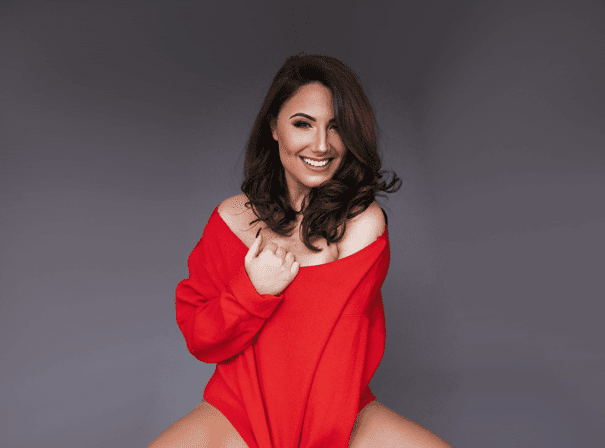