Expertly selected by the world’s biggest girl band to form a “girl dance group”, the five girls who make up Melladaze have embarked on an incredible journey together. Despite two members living in Dublin, the group have overcome all kinds of obstacles and are now taking their first steps out of their mentor’s shadow. They have worked with a host of songwriters, producers, and choreographers, channeling their pure enthusiasm into a distinctive look and sound, the first taste of which was their first single, ‘I H8 U’, released in autumn 2021.
Their mission statement is one of pop with an R&B twist, only with a much cooler undertone than their peers.
Melladaze are Lauren Bowry, Liv Aidam, Ellie Allen, Aisli Moran and Megan Whelan. Despite their different paths to the show, they bonded as soon as they were chosen by Little Mix to form one of the groups that then battled it out to win a support slot on their next tour. Melladaze were close runners-up, performing incredible renditions of Daft Punk’s ‘Get Lucky’ and a medley of Demi Lovato’s ‘Confident’ and Blackpink’s ‘Kill This Love’ in the final. Having too much fun to stop, the group vowed to continue and have been working tirelessly ever since, not only writing, recording, and rehearsing but also seeking management and investment. 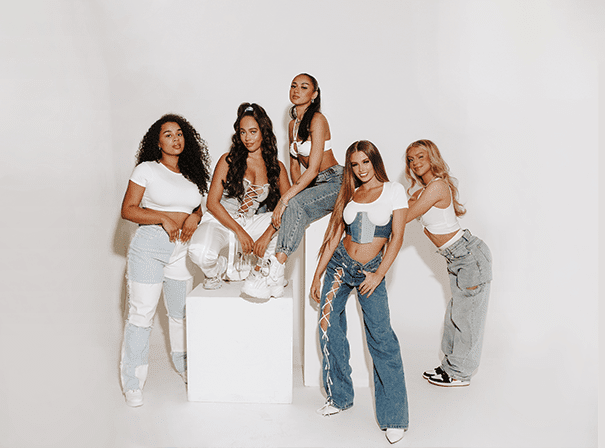