After a few years of being a name to drop by those in the know, Brazilian house sensation Mochakk broke through in 2022 with multiple achievements: he worked with legendary names like Pete Tong, The Martinez Brothers, and Seth Troxler. He released a single on the seminal Nervous label, topped the Beatport charts, and became a must-see attraction at some of the world’s biggest clubs. And a lot of it was thanks to a viral TikTok video of him performing. His biggest track to date is ‘Da Fonk’, a collaboration with Joni that dropped in summer 2022 and has been streamed more than 3 million times on Spotify alone. But as his relentless schedule of releases and performances shows, he’s only just begun.

Mochakk hails from São Paulo. He grew up in a diverse musical household, and by the time he reached his mid-teens, he was already producing his own hip-hop beats and making his first forays into the world of live DJ sets. By the time he became TikTok famous in January 2022, he had already established a strong reputation and discography, meaning he was more than ready to take the next step up.

‘Da Fonk’, his first release for Nervous, was a game-changer, but the follow-up, ‘Sombrero Sam’, showed that he is far from a one-hit-wonder. It was named as Pete Tong’s Essential Tune of the Week and topped Beatport’s Deep House charts. A firm believer in the old-school spirit of DJs — digging in the crates to sample hidden musical treasures and present them afresh to open-minded dancefloors — Mochakki is a cool cut above many of his contemporaries. 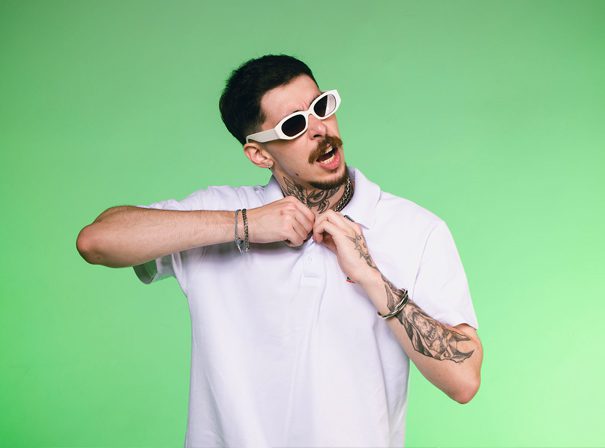