Olivia Addams is an internationally renowned singer-songwriter from Romania. Her solo career has seen her enjoy hits such as ‘Dumb’, ‘Are We There?’, ‘Never Say Never’, and ‘Stranger’. The latter single hit the top of the Polish airplay charts and has been streamed over 30 million times across Spotify and YouTube. She also works behind the scenes as a songwriter and producer for other artists and wrote compatriot Antonia’s number-one single, ‘Matame’ in 2018. She is massively popular on TikTok, with over 1.2 million followers and an incredible 72 million likes for her content. She is also one of the judges on HBO Max’s One True Singer, a talent show dedicated to finding Romania’s next major vocalist.

Addams, real name Adriana Opris, was born in Bucharest. When she was just three years old, she joined the city’s Allegretto Children’s Choir and spent the rest of her childhood travelling all over the world to perform with them, playing concerts all over Europe, the United States, China, Japan, and many other countries. After spending time living in Germany, she returned to Romania and launched a solo singing career, releasing her debut single, ‘Sick Lullaby’, in 2019. That year, she also joined the band Jealous Friend, releasing three singles with them. 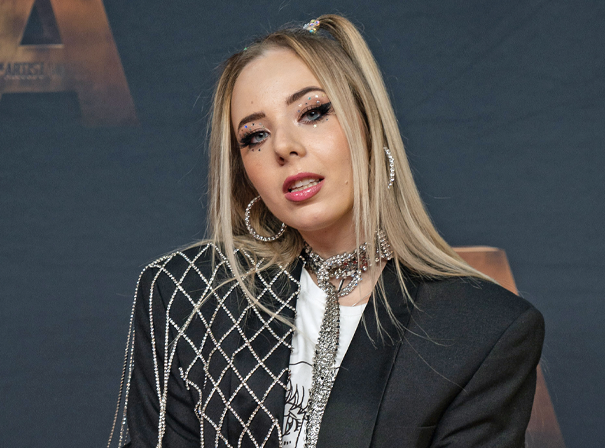