American singer Geoffrey Royce Rojas – better known as Prince Royce – is a megastar of Latin music who successfully introduced his blend of contemporary R&B and Bachata to the Spanish-speaking world. He is famous for his numerous smash hit singles including ‘Stand by Me’, ‘Incondicional’, ‘Las Cosas Pequeñas’, and ‘Te Me Vas’, and several multi-platinum albums including 2017’s FIVE. Prince Royce has collaborated with some of the biggest stars in music, including Snoop Dogg, Jennifer Lopez, Selena Gomez, Shakira and Chris Brown, and he has toured with Enrique Iglesias, Pitbull and Ariana Grande.

Born and raised in New York City to Dominican parents, Royce began writing poetry and songs at the age of 13, also singing on stage whilst still at school. By the time he was 15 he had partnered with José Chusán to form the musical duo Jino and Royce, El Dúo Real. A year later he took the stage name Prince Royce, and he signed as a solo act to legendary record producer Sergio George’s label Top Stop Music when he was 19.

Royce’s eponymous debut album was released in 2010 and became an instant success, and the lead single ‘Stand by Me’, a bilingual cover of the Ben E. King classic, smashed into the Top Ten of the Billboard Latin Songs chart. Follow up album Phase II instantly achieved platinum status, and three hugely successful albums followed with fourth album Double Vision producing hit singles ‘Back It Up’ featuring Jennifer Lopez and Pitbull and ‘Stuck on a Feeling’ featuring Snoop Dogg.

Royce has also impressed in the lead role of Saint Peter in the Fox live version of The Passion, and had a recurring role in drama series East Los High. 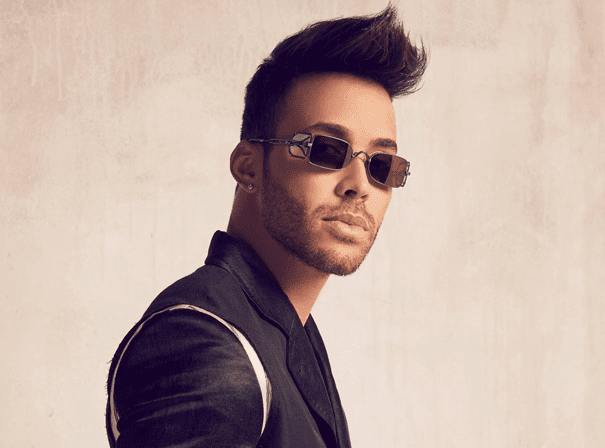