Raintown are a Scottish singer-songwriter Country Music duo made up of husband Paul Bain and wife Claire McArthur-Bain. Since debuting in 2010 with the single ‘Just One Kiss,’ the pair have managed to snag 15 awards, including the 2012 Scottish New Music Awards’ Record of the Year, the 2014 British Country Music Awards’ Entertainer and Female Vocalist of the Year, and the 2017 Hot Disc Top 40 Award for Best British & Irish Video.

They have performed at huge festivals and events such as Country2Country at London’s O2 Arena, CMA Fest (Nashville), Cornbury Music Festival, Nashville Meets London Festival, Port Credit Canada Day Festival, Buckle and Boots Festival, Belladrum Tartan Heart Music Festival and Southern Fried Music Festival, Montrose Music Festival while supporting artists such as Deacon Blue, Wet Wet Wet, Runrig, Josh Kelley, and Caroline Jones. Their solo tours have also been wildly successful, drawing fans from all over the UK and the rest of the world with a deeply resonant and contemporary spin on the country genre.

Named after the debut album of influential Scottish band Deacon Blue, Bain and McArthur-Bain met in 2007 while working on separate music projects in Glasgow. Realising their shared musical tastes, they began working on the singles that would eventually make up their first album, Hope In Troubled Times, which skyrocketed them to national stardom. By the release of their second album, Writing On The Wall, they were well established in the UK country scene, with the rest of the world swiftly taking notice.

This electrifying duo fuses a passion for the roots of country music with an eclectic perspective that takes influence from across the entire musical spectrum. Their dynamic live performances and sensational releases have continuously elevated their career to new heights, firmly establishing their place at the forefront of the UK’s next generation of country and folk artists. 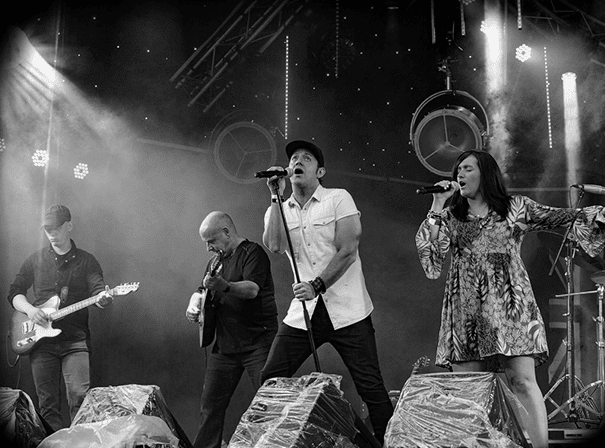