An artist at the forefront of contemporary soul and RnB, Sebastian Mikael’s smooth, sophisticated sound first caught the public’s attention back in 2011 with the catchy, upbeat single ‘Beautiful Life’. The singer became accustomed to soul, hip hop and RnB through his father’s extensive record collection: by his early teens, he was a competent singer and guitarist, frequently playing acoustic renditions of classic songs by the likes of Marvin Gaye, Wyclef Jean, Usher, along with many more. He began recording at a young age and formed a production collective alongside a cadre of explosively talented hip-hop artists.

After exhausting the opportunities available to musicians in his native Sweden, Mikael packed his bags and moved to the United States of America, where he enrolled in an audio engineering course at California’s Musicians Institute. He honed his skills further after being accepted to study at the prestigious Berklee College of Music. While attending the institution, he caught the ear of Slip-N-Slide Records CEO Ted Lucas, who signed him immediately and released his 2011 mixtape, J’Adore.

The mixtape contained the song, ‘Beautiful Life’, which soon became a viral sensation on YouTube before his debut full-length album, 2014’s Speechless was released to widespread acclaim, featuring the singles ‘Money’, ‘4U’ and ‘Last Night’. After finishing his musical education, Mikael released his first EP, entitled I C U U C ME Part 1 closely followed by a second instalment. Dealing with themes of struggle, bereavement and toxic relationships, his music has emotional depth and broad appeal. 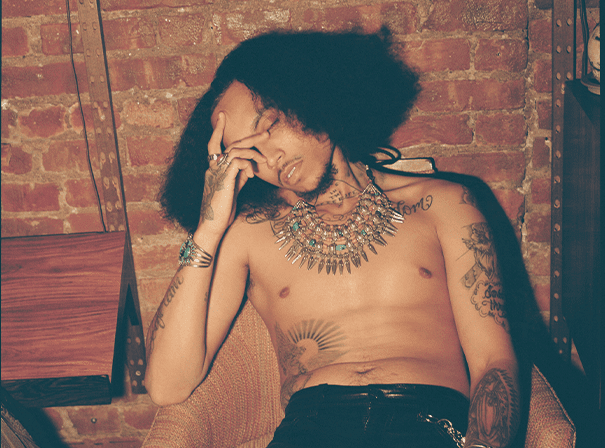