Gaining national attention at only 15 years old for his half-sung, half-rapped melodic delivery and Migos-influenced style, Bronx-born rapper Smooky MarGielaa has become something of a protégé to A$AP Rocky, contributing several heated verses to A$AP Mob’s Cozy Tapes, Vol. 2 while captivating hip-hop fans across the globe and launching a solo career that’s now on an unstoppable upward trajectory.

Son of influential Malian musician Abdoulaye Diabaté, Margielaawas surrounded by West African musical influences: he’s said that he models hisinimitable vocal style on the balafon, an instrument similar to the xylophone whichhe once played during his father’s live performances. After taking to music soreadily, the gifted MarGielaa soon began rapping, recording his first trackswhile still in junior high after his school tutor turned manager recognised hislimitless talent and potential. After performing locally around the Bronx, MarGielaacaught the attention of global rap superstar A$AP Rocky after a chance meetingoutside of a club. The rapper so impressed Rocky that he was immediately takenunder his wing, signing with Rocky’s label only a year later.

MarGielaa made several appearances on A$AP Mob’s 2017 mixtape,Cozy Tapes, Vol. 2: Too Cozy, including ‘Black Card’ and ‘Bahamas’: almost reachingthe Billboard 200’s Top 5 the features earned MarGielaa global attention frompublications such as FADER and Complex. Since then, the rap prodigy has stunnedfans with solo singles ‘Stay 100,’ ‘The Judge’, ‘Money Talk’ and most recently,the hugely popular ‘Flight to Memphis’, a nationwide hit featuring Chris Brown,Juicy J, and A$AP Rocky that’s racked up close to 10 million streams on Spotify.Currently in the studio working on his full-length debut release, SmookyMarGielaa is one of US hip-hop’s most promising new talents. 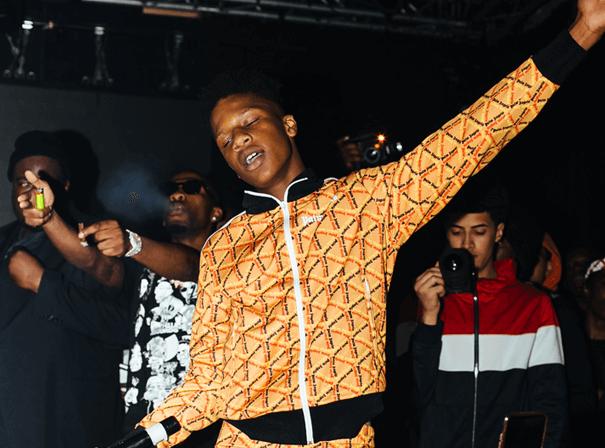