Florida native Splash Zanotti has made more than a splash in the national hip-hop scene since releasing his debut mixtape in 2017. Pushing the boundaries of the genre with unapologetically aggressive delivery and rugged trap beats that bounce with the best of them, Zanotti has been compared to XXXTentacion and Lil Pump and been featured in HotNewHipHop and Internet Hippy.

2017’s Red Dolphin saw Zanotti turn the heads of figures across the industry, swiftly generating a national buzz around the mixtape, racking up over a million streams and setting the stage for his second release, Feel My Wrath. The record boosted Notti’s profile across the country and made waves internationally thanks to lead single and Lil Pump collaboration ‘M.O.B.’, a bold and brash cut that also featured a contribution from one of hip-hop’s most eccentric characters, Riff Raff.

2018 saw Zanotti headline his first sold-out show before heading on tour and opening for Lil Baby and GlokkNine. Later that year, he released his most ambitious project to date: the 15-track Sz Canis Majoris boasted features from Ski Mask the Slump God and Dirty Faced Smook, doubling down on his previous efforts and highlighting his versatile artistic talents. The rapper’s since shared a stage with Cardi B and Rick Ross at Rolling Loud Festival 2019, and is gearing up to release another EP in summer 2019. 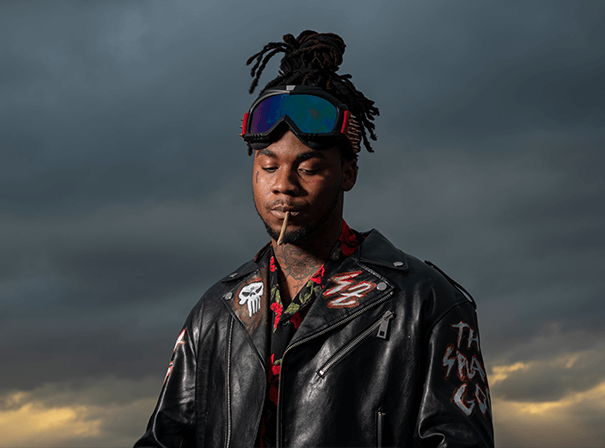