Super Junior are the K-pop sensations best known for the phenomenally popular single ‘Sorry, Sorry’. With an ever-shifting lineup that’s been made up of as many as thirteen members, the group formed around the turn of the millennium, after SM Entertainment held auditions in several Asian countries, hoping to find the perfect candidates for the next K-pop supergroup. After finalizing the original lineup, called Super Junior ‘05, the group made their television debut on in 2005, releasing their debut album Twins later that year.

SM Entertainment recruited the group’s thirteenth member Kyuhyun, in 2006, before changing their name to Super Junior. At this time, the band began forming sub-groups that have enjoyed equal popularity to the large unit: these include Super Junior-K.R.Y., Super Junior-T, Super Junior-M, Super Junior-H, and Super Junior-D&E. Super Junior began their first Asia-wide concert tour Super Show in 2008, issuing their most successful album Sorry,Sorry in 2009. This album sold 29,000 copies in the first day, going on to become a worldwide phenomenon and a key text in the K-pop canon. Since 2008 the group has experienced several line-up changes, but has continued to record and perform, releasing six albums aimed at the Japanese and Korean markets. As of 2018 the group now consists of eight members – Leeteuk, Heechul, Yesung, Shindong, Eunhyuk, Donghae, Siwon and Ryeowook – the boys released their most recent record, Play, in 2017. 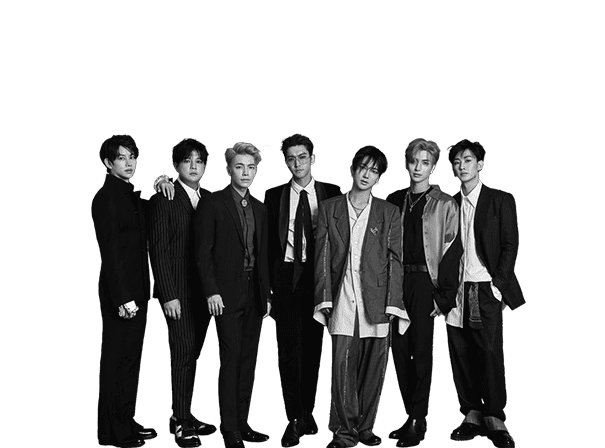