Following her 2015 collaboration with US hip-hop legend Sage Gemini, Teenear has taken Miami’s Slip-N-Slide Records’ sound in a direction few could have previously predicted while simultaneously ushering in a new era of urban and pop crossover. Her music combines colourful, upbeat bubble-gum vibes with a classic Miami bounce feel and electro-funk inspired arrangements. With its diverse mix of sounds and cultures, Miami is as much a part of Teenear’s music as its glittery synth-lines and feel-good anthems; it was here that she came to the attention of Slip-N-Slide Records after performing in talent shows and uploading cover versions of Rihanna’s songs to her YouTube channel.

Teenear’s debut single was 2015’s hip hop/R&B crossover anthem, ‘Friday Night’ featuring rapper Sage Gemini. The release proved popular on music streaming platform Spotify and signalled a new direction for Slip-N-Slide, who until then had mainly been hip-hop orientated. However, it was a chance encounter with Japanese dancer Kahonna who used the song ‘Streetlights’ for a choreography video that caused Teenear to become a viral sensation in 2016.Slip-N-Slide Records labelmate Trina gave the song a dancehall remix, and producers have been lining up to work with the singer ever since. One of those producers was the chart-topping ‘Trap Queen’ producer Fetty Wap who teamed up with Teenear to produce the empowering, ‘Love Me or Leave Me’ as well as her first ballad, ‘Need Your Love’., Teenear’s latest single, ‘I Like It’ featuring Lil Baby was the feelgood summer hit of 2019: with it’s talk-box backing vocals and catchy Miami-bass hook, the track sounds as good on the beach as it does on the dancefloor. 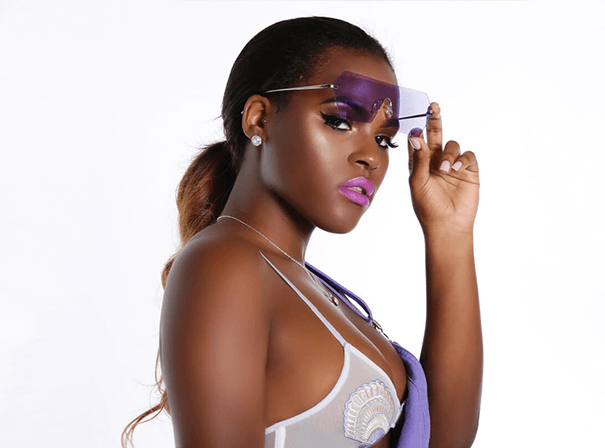