The Family Stoneare best known as former members of pioneering psychedelic soul group Sly &The Family Stone. Though they now perform with a reduced line-up, therelentless grooves and funked-up energy of their live performances remainstronger than ever, delighting stadium-sized audiences across the globe withrenditions of their best-loved hits.

Sly & TheFamily Stone made history as the first major American rock group to have aracially integrated lineup with members of both genders. Their highlyinfluential releases synthesised a variety of genres to form somethingindefinable, but undeniably funky: their extensive list of Top 10 Billboardhits includes ‘Dance To The Music’, ‘Everyday People’ and ‘Thank You’. RollingStone has ranked the group 43rd in their list of music’s 100Greatest Artists, including three of their records on their catalogue of the500 Greatest Albums of All Time. The band were inducted into the Rock and RollHall of Fame in 1993, and their albums remain perennially popular with musicfans of all ages and nationalities. 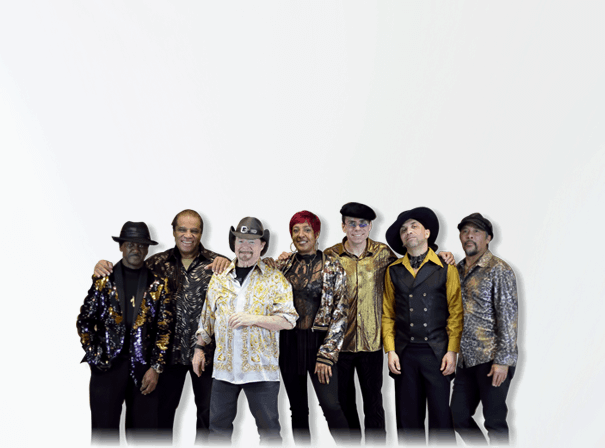