Anthony Parker – better known by his stage name Wordsmith – is an award-winning American rapper, musician, song writer and music label owner. With numerous singles and five successful albums under his belt, his fifth album Perspective Jukebox won the Independent Music Award for Best Album – Rap or Hip Hop, and his prolific song writing skills have seen him become a Grammy Voting Member. With a focus on creating hip-hop with a motivational message and often incorporating different musical genres, Wordsmith both educates and entertains the masses with his music, and founded his own record label NU Revolution Entertainment in 2009.

Hailing from Baltimore, Wordsmith won a football scholarship at Morgan State University before transitioning into the world of music and entertainment when he moved to Salisbury University, completing a Bachelor’s Degree in Theatre Arts. An extremely gifted songwriter, Wordsmith’s songs have been used in countless television programmes, online videos and computer games, including his track ‘Get What You Love’ in hit comedy-drama Russian Doll, and by organisations including FOX, CBS, ESPN, WWE and Nintendo, and was employed as a songwriter for APM Music.

As a performer, he toured the globe with a live band and collaborated with the Baltimore Symphony Orchestra on several occasions. His label NU Revolution Entertainment has continued to flourish thanks to distribution and licensing deals with APM Music, Redeye, AWAL and INgrooves. Award-winning fifth album Perspective Jukebox brought further success for the rapper in 2017, and as an in-demand artist, song writer and music entrepreneur, Wordsmith is a triple-threat and a star who continues to rise. 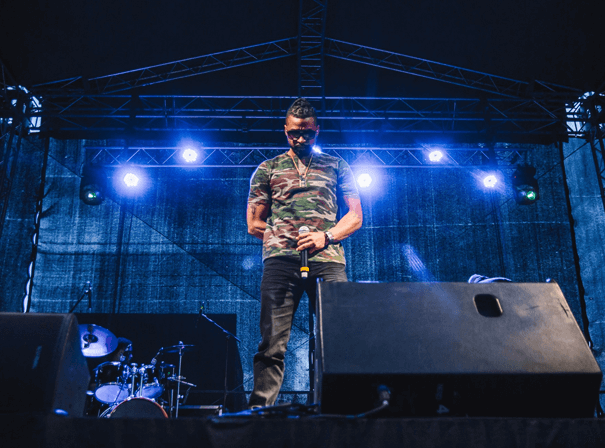