Gigi D’Agostino has risen through the dance music ranks to become one of the most prominent Italo DJs of his era. With a big, bold, infectious and melodic style, his unique take on Italo disco has clocked up plenty of worldwide hits from the mid-eighties right through to the present day. Also sometimes known as GIGI DAG, the master remixer, singer and producer is behind chart toppers such as the huge worldwide hit “Bla Bla Bla”, “Another Way” and a cover of Nik Kershaw’s “The Riddle” amongst many more.

As a young music lover, Gigi hosted parties and worked inclubs in his native Turin before becoming a celebrated resident DJ at Italianclub Ultimo Impero in the nineties. Thanks to an ever-evolving style, today hemakes fresh progressive house with big beats and emotive melodies, and has put outa number of high selling albums and won a wealth of awards in his native Italy.Always looking to the future and serving up sizzling club sounds that unitedancers from all over the world, Gigi DAgostino is one of Italy’s mostcelebrated DJ exports and someone with an infectious sense of personality whoknows how to pump any party. 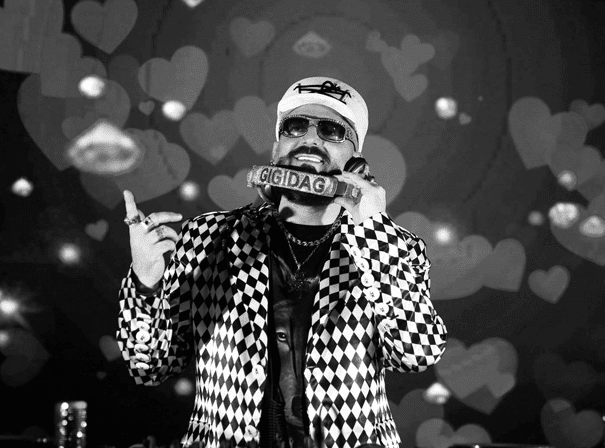