Disco Fries are theproduction powerhouse behind the most innovative EDM coming out of NYC. Made upof Nick Ditri and Danny Boselovic, the pair release club-focused electronicmusic that walks the tightrope between mainstream and club-stream, proving bothcritically and commercially successful. Carving out a reputation as one ofAmerica’s hottest electronic musicians and most talented DJs, their music hasbeen championed by some of the biggest names in dance: from artists like Diplo,Kaskade, Steve Aoki, and Hardwell to popular publications such as Billboard, RollingStone, MTV and Dancing Astronaut.

After forming theirfriendship at Berklee College of Music, Nick and Danny began producingelectronic music under the moniker Disco Fries in 2011. Though they’ve receivedsupport from across the industry, one artist would set a course to success forDisco Fries: in 2013, dance music icon Tiesto debuted their track “Lose It” atElectric Zoo Festival. From that moment onward, the producer forged a creative relationshipwith the pair that has continued to this day. Their first collaboration,“iTrance”, was quickly followed by the Disco Fries’ first release on Tiesto’srecord label, Musical Freedom. Inspired by Tiesto, the duo soon founded theirown imprint, Liftoff Recordings. The label has since encompassed a radio show, severalreleases, and more while nurturing emerging talents from across the globe.

As yearsprogressed, Disco Fries’ discography saw exponential growth, with productionand writing credits on Tiësto’s fifth studio album, which featured the hitsingle, “Wasted”, an instant success that became the producer’s first certifiedPlatinum record in the US. Their debut EP, Autonomous, was released on theirown label to wide acclaim, with the iconic Halogen Mix of “Born Ready” ft. HopeMurphy reaching over 11 million Spotify streams. The duo’s subsequent LiftoffReleases gained similar traction and have collectively received over 10 millionstreams. Their recent “DF EP” has been heavily rotated on nationwide radio, withfollow-up single “U Make Me” hitting the top spot on SiriusXM BPM for threeconsecutive weeks and No 13 on the Billboard Dance Chart.

With nearly half amillion monthly listeners on streaming services, regular live performancesacross the globe, and a radio show that’s broadcast in over 35 marketsworldwide, Disco Fries are always looking to push themselves even further. 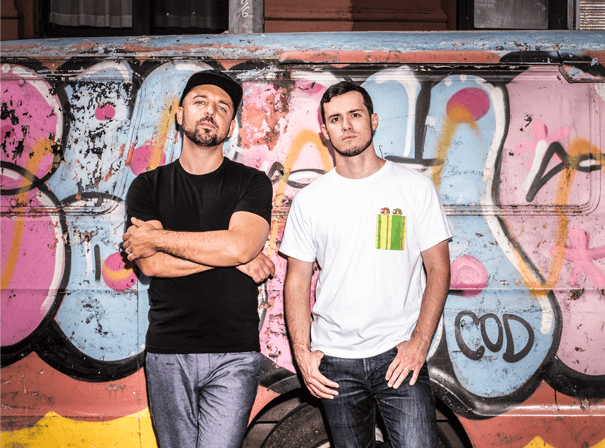