The UK’s VV Brown is a singer, songwriter, producer, record label owner, ethical fashion brand CEO and entrepreneur. She first rose to global acclaim with her well received debut album Travelling Like the Light, which went Gold and includes such hist as Shark in the Water, which sold more than a million copies. More recently albums like 2013’s Samson & Delilah showcased a more leftfield electronic sound and still received glowing reviews across the board. Collaborations with Dave Okumu, who is known for his work with the amazing FKA Twisg, followed and since then VV has DJed across the globe for several national fashion weeks, companies such as Diesel, Vogue, Fashion Rocks, Claire Accessories Paris, Cartier, Club openings across New York, Guinness and more.

Aside from her musical rise to fame, which includes a US Tour with Little Dragon and her own headline tour across America and Europe, VV became the first Black British woman to front an ad campaign for renowned U.K. retailer Marks & Spencer, which she landed thanks to her highly developed sense of personal style and stunning looks. _Worldwide, VV has appeared on major TV shows including Ellen Degenerates, Kimmel, Craig Ferguson, Letterman, Le Grand journal, Jools Holland and more and is also a songwriter who has written songs for the likes of The Pussy Cat Dolls, the Grammy nominated artists Fantasia and Sugababes, and so she truly is one of the UK’s brightest musical stars. 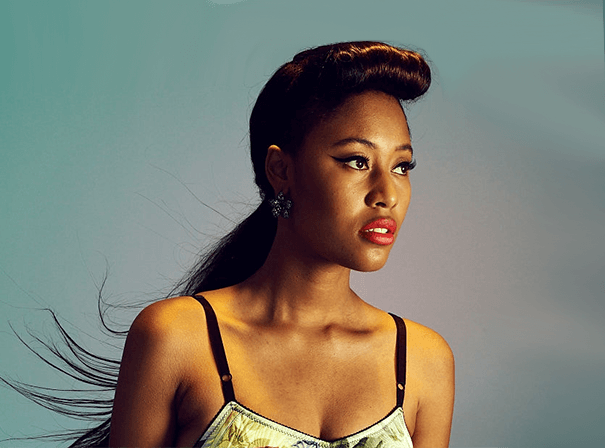