Rio de Janeiro based DJ SD9 is an exciting up and coming artist in Brazil’s quickly emerging and highly innovative grime scene. One of his most recent projects 40º.40, gaining hundreds of thousands of Spotify streams, is but a taste of his many successes.

Gaining popularity in 2018 with his “BadBoy” video, SD9 has shown his artistic and production prowess in various high-profile collaborations and his own projects – including albums, EPs and singles. This has gained him hundreds of thousands of views on YouTube and streams on Spotify. Releasing various singles and EP’s in 2019, some of his most popular include the EP Calmo (Remix) which reached 140 thousand streams on Spotify and 159 thousand views on YouTube – still to this day one of his most popular projects. Only shortly after, he released AM/PM, and a remix of Skepta’s 2015 “Devilman”, named “Nasty”, which made a splash in Brazil grime scene.

He was noticed by important artists such as Fleezus – with whom he has since collaborated. In 2020 he has continued his impressive strides by releasing several popular EPs and singles. These include “Fazendo o Sinal” (gaining 30 thousand Spotify streams) and “Sirenes” – his most recent release, on October the 30th 2020. His most recent album, 40º.40 has become one of his most exciting and popular ventures to date, with the “40º.40” track receiving 135 thousand views on YouTube ad 187 thousand streams on Spotify. Also from the album, “Poze de Roso” has achieved 50 thousand streams on Spotify. Among his high-profile collaborations include Sango, VND and Fleezus – in total receiving millions of streams. SD9’s flair is quickly being noticed by the most important figures in Brazil’s exciting Grime scene, and he will no doubt become one of the genre’s most prolific young talents. 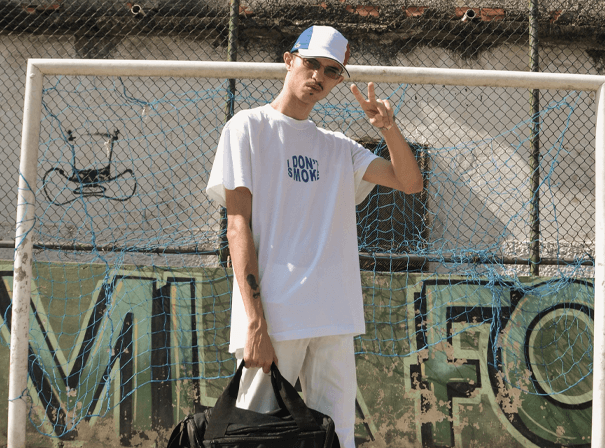