Regularly zipping between Los Angeles and New York City, DaynaRoman is a DJ and model with an exciting, glamorous lifestyle. Her desire toseek new experiences and find adventure underlies her love for people from acrossthe globe. Her travels have exposed her to a variety of music styles, genres,crowds, and atmospheres, which inform her eclectic approach to DJing and herunique musical style. Dayna’s sets veer from effervescent EDM to hard-hitting house,low-slung hip-hop to Latin trap. After making a name for herself in thenational DJ scene, she’s become one of America’s most promising selectors.

Dayna Roman is not only a talented globe-trotting DJ, but a journalist with degrees in both Broadcast Journalism and Political Science. Born in the Middle East before emigrating to Chicago as a child, she soon grew attached to the vibrancy and culture of the United States, dreaming about one day becoming a part of the music industry that inspired her. Following a childhood spent in Chicago, Dayna moved to L.A. and was immediately spotted and signed to the prestigious Wilhelmina modelling agency. As her modelling career rose to new height, Dayna enrolled in Scratch Academy, the world’s leading school for DJ skills and music production.

After relocating to NYC to pursue modelling opportunities, she continued her musical education at the Fox Grove School in Manhattan. Here Dayna played at New York Fashion Week events for the app Fancy, the brand Livin’ Cool and the music label XO, before being invited to DJ at events for professional soccer teams AS Roma and Real Madrid. A versatile performer with corporate experience now under her belt, Dayna Roman is set to take the dance music world by storm. 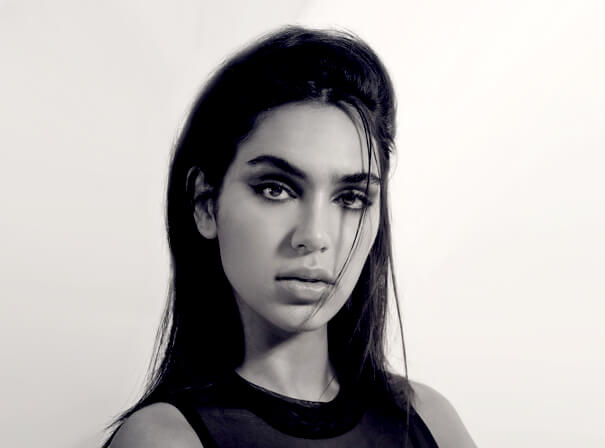