Brazilian grime sensation Fleezus is at the forefront of Brazil’s exciting and quickly emerging new grime scene. His fresh and unique sounds have brought him to reaching millions of streams and views and secured his name as one of Brazil’s most important DJs. Hailing from São Paulo, Fleezus began in 2017 with singles such as “Outro lugar” and “Ontem” as well as the EP Ondas. With already thousands of streams, he continued in 2018 with “Calmo” and most importantly, in 2019, a collaboration with grime superstar Febem, culminating in the hit single “UEFA”. It received over 658 thousand YouTube views and counting and a reputation as one of the most important grime hits in Brazil. Continuing his success, his 2020 single “YIN YANG” granted him a total of over 1 million streams and views combined.

Again with fellow São Paulo artists, Febem and CESRV, the Brime EP was born in 2020. Its songs “Soho” and “Terceiro mundo” quickly attracted hundreds of thousands of streams, celebrating once again the collaboration of the biggest names in Brazilian grime. His 2020 debut album, Eskibaile, has recently gone from strength to strength. Its most popular songs include “City runners ft Kyan”, achieving 81 thousand Spotify streams and 116 thousand YouTube views, and “Melhora ft. Leall”. Together with frequent appearances and DJ sets on the Brasil Grime Show channel, Fleezus’ reputation among those in the scene is not far from legendary.

His successes have seen him climb to the top and his talents are only beginning to flourish into something even more sensational. 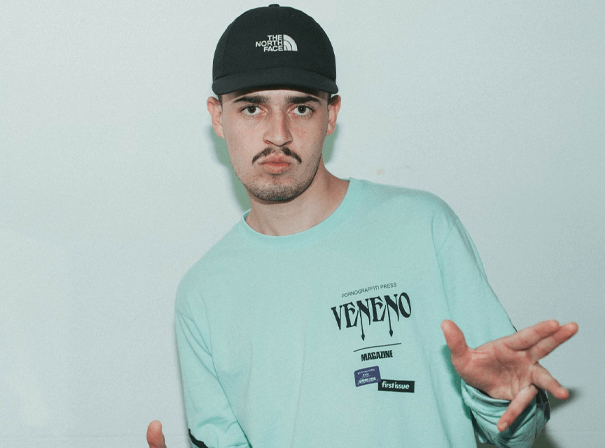