The Fun Lovin’ Criminals hit the ‘90s music scene with a fiery mix of blues rhythms, hip-hop beats and alternative edge. Formed in 1993 by drummer Steve Borgovini and bassist Brian Leiser (Fast), they were originally a techno duo, later moving to NYC, and joining forces with frontman Huey Morgan. The group released their self-titled debut album, 1995’s Come Find Yourself, on Silver Spotlight to widespread acclaim. Signed to Capitol the following year, the group rose to the spotlight with the single ‘Scooby Snacks’, lifted from their debut album.

Fun Lovin’ Criminals returned just over a year later with 100% Colombian, their first for Virgin Records. Singles ‘Love Unlimited’ and ‘Korean Bodega’ had huge success across Europ, laying down the foundations of a devoted fanbase that remains today. The turn of the millennium saw FLC break into the mainstream with the release of Loco, reaching No. 5 on the UK Albums Chart and hitting the Top 10 with the album’s lead single. Since then, the group have remained popular in the UK, continuing to release successful studio albums and performing sold-out live dates, including several Glastonbury performances.

Two thirds of the Fun Lovin’ Criminals, Fast and Frank ‘The Rhythm Master’ Benbini, are now available for DJ sets. They bring the swagger from their live shows with FLC straight to the decks, playing at high-profile events and huge clubs all over the world – they’ve been invited to get the party started at brand events for Red Bull, Dolce & Gabbana, Roberto Cavalli, Gumball Rally, and G Star, and played at NYC’s Bungalow and Miami’s Sky Bar. 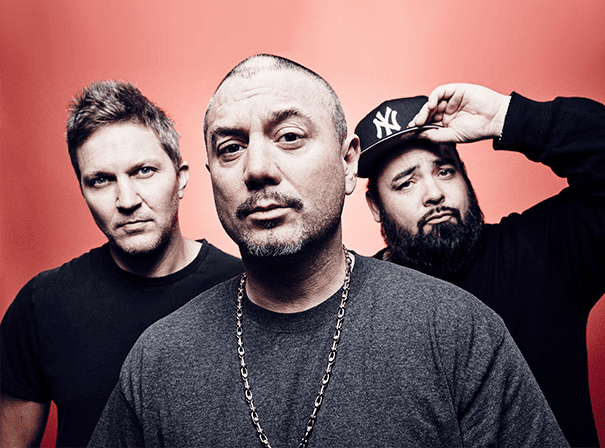