MEMBA are New York artists Ishaan Chaudhary and Will Curry, an incredibly talented EDM group who mix the dynamic with a world-influenced exploration of rhythm, contrast and the unexpected. They are more than just musicians and a band, they are music producers and experience designers, who bring fusion and individuality to their corner of the dance genre.

Curry had formerly played in a Zimbabwean-style marimba band, and Chaudhary has always been inspired by the rhythms of Bollywood and Sufi music and his Indian upbringing. So when the duo met while working on an archaeological dig in the forests of India, it was inevitable that they would get together to create something unique, and so they set out to fuse divergent styles and world rhythms in their musical creations. They set a goal of bringing ethnically diverse communities together through their music, and their live shows are a place for everyone to share a moment of presence and hear a melting pot of breathtaking and unforgettable sounds. After a number of single releases, in 2018 they harnessed their creative energy to produce and launch SAGA-I, a concept EP centred around an imagined planet populated by primal beings. And the music that they continue to produce and perform is an amazing, fully multi-sensory experience aimed at stimulating the senses and reflecting their state of mind. And away from music, Chaudhary’s fascinating and inspirational family story, was depicted in the 2019 Netflix movie, The Sky Is Pink. 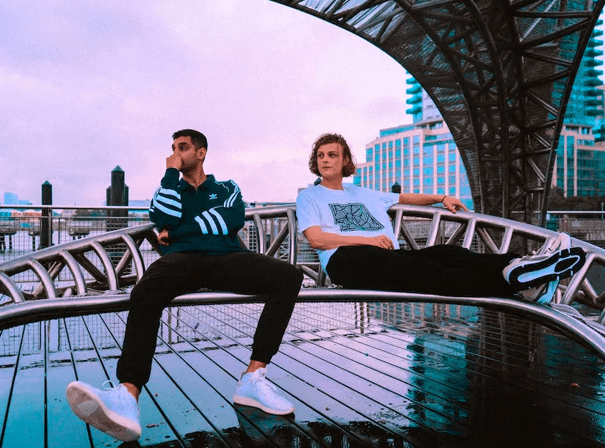