Producer and DJ WallyLopez has played an integral role in thedevelopment of Spain’s reputation on the global dance music scene over the pastdecade. The tech-house giant has released music on the biggest labels,remixed nearly every household name within the genre, and represented major international technology and fashion brands whilecontinuing to perform in some of the world’s hottest clubs and festivalsall year round.

As with many of house music’s major players, Lopez began hiscareer mixing records on the radio in his early teens. Honing his sound across various regional stations throughoutSpain, Lopez began studying the fine art of production, an endeavor that paidoff handsomely, with dozens of releases on Weekend Records, Defected Recordsand eventually his own imprint, FactoriaRecords. His stunning remix ofGuetta’s 2004 hit ‘Just A LittleMore Love’, which stretched the euphoric original out to almost 9minutes of fluttering chord stabs, trance-inspired breakdowns and jackingdrums, earned Lopez hist firstIbiza DJ Award, setting him on coursefor superclubs like Ministry of Sound, Pacha and Space Ibiza, where he currently holds a weekly residency.

Though still regularly releasing hugely successful club bangers and appearing as a mainstay at major festivals like Creamfields, Lopez is a proven brand ambassador, representing industry goliath Pioneer across Latin America and fostering a longstanding relationship with American eyewear and fashion brand Oakley. Widely regarded as one of Spain’s best-loved house music exports, Wally Lopez is a major player in the international electronic music scene. 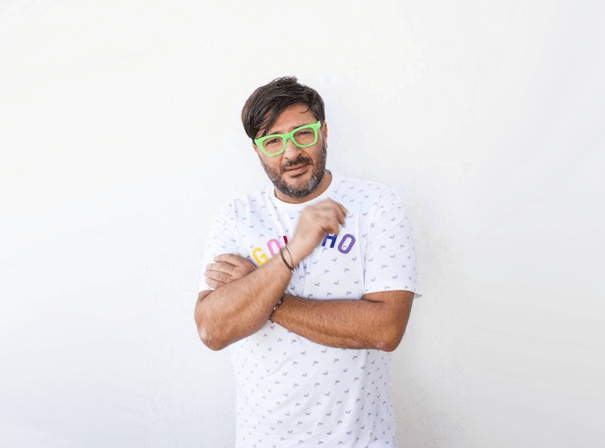